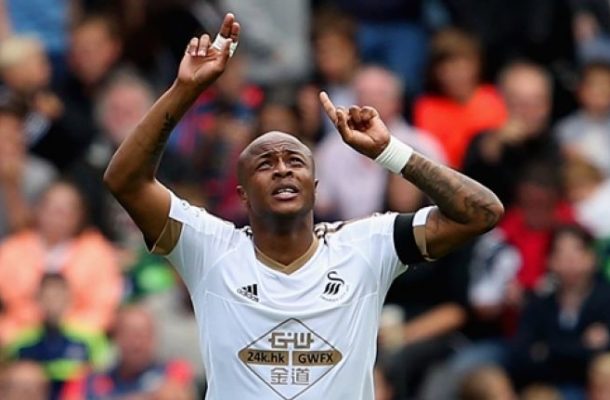 Turkish giants Besiktas are keeping tabs on Ghanaian forward Andre Ayew ahead of a proposed loan move this summer.

Ayew, returned to the Liberty Stadium in the January transfer window on a club record £20m fee, but could not exert the impact the Swans had hoped for in their survival battle.

He is set to follow some big names out the exit doors following Swansea’s relegation to the English Championship.

The president of Besiktas, Fikret Omran confirmed the club will open talks with the players entourage soon.

’The player’s agent has said Andre’s future will be decided soon so now we’re starting to hear some noise to discuss a potential transfer, as they want him on loan’’