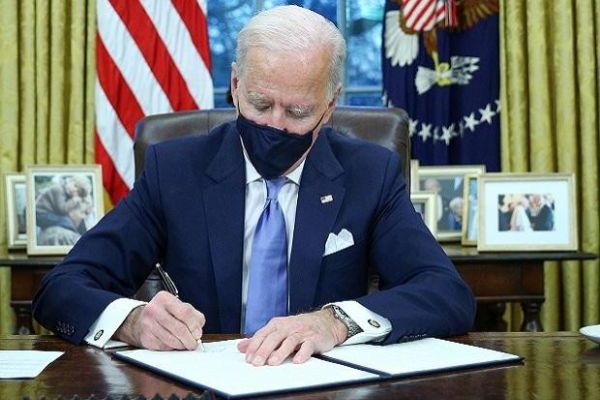 The Biden administration has renewed Trump-era Covid-19 travel bans on non-US visitors from Brazil and most of Europe, including the UK and Ireland.

The White House also imposed a new ban on South Africa over its virus variant.

Former President Donald Trump had ordered the bans to end on 26 January as one of his final acts in office.

The new travel restrictions came as Minnesota recorded the first US case of the Brazil variant from a resident who had recently travelled to that country.

"This case marks the first documented instance of the Brazil P.1 variant in the United States," said the Minnesota Department of Health on Monday.
The unnamed patient lives in the Minneapolis-Saint Paul area, said the department.

With the national coronavirus case count above 25 million cases, the US is seeking to ramp up its vaccine rollout.

"On advice of our administration's medical and Covid team, President Biden has decided to maintain the restrictions previously in place for the European Schengen area, the United Kingdom, Republic of Ireland, and Brazil," Ms Psaki told reporters.

"With the pandemic worsening and more contagious variants spreading, this isn't the time to be lifting restrictions on international travel. And in light of the contagious variant, B1351, South Africa has been added to the restricted list."

All international travellers must also present a negative test within three days of air travel to the US.