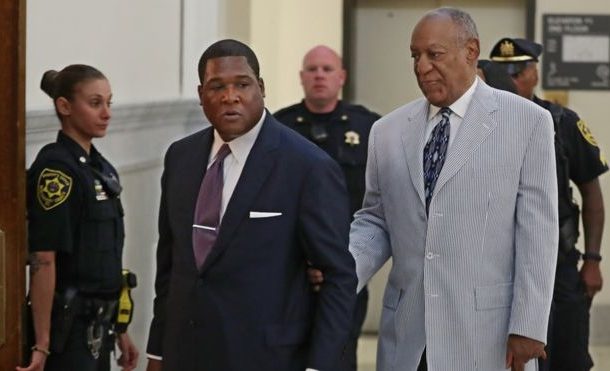 A judge in Pennsylvania has set a trial date for Bill Cosby, who is accused of sexually assaulting a woman at his home in 2004.
Former Temple University employee Andrea Constand alleges the 79-year-old entertainer drugged and molested her at his suburban Philadelphia home.

The trial is tentatively set to begin on 5 June next year near his home.

At least 50 women have accused Mr Cosby of sexual assault, and prosecutors want 13 of them to testify.

The former star of The Cosby Show faces up to 10 years in prison if convicted.

A lawyer for Mr Cosby welcomed the trial date, saying: "The time has come to shine a spotlight on the trampling of Mr Cosby's civil rights."

Once fondly known as America's Dad, Mr Cosby was the first African-American to host a primetime television programme.

Although many women have accused him of rape, he is only facing charges in this one case.

Thirteen of his accusers may be allowed by the judge to take the stand because the state of Pennsylvania allows for witnesses to give evidence of past acts displaying a "common scheme, plan, or design".

Prosecuting lawyers say these women could demonstrate Mr Cosby shows a pattern of behaviour that is consistent with Ms Constand's accusations.