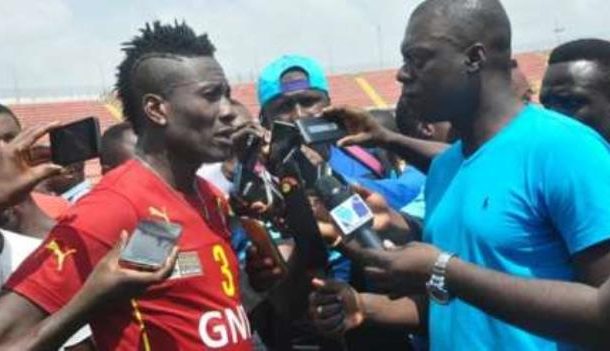 Rumours are swirling around the Black Stars camp that Gyan, Ghana captain of the last five years is 'beefing' with his deputy Andre Ayew over perceptions that Ayew is angling for the captaincy role.

Black Stars insiders have spoken of growing tensions in the side and a camp split between the two players after Andre paid for the air tickets of some players to honour the Nations Cup qualifier against Rwanda following the refusal of the Ministry of Youth and Sports to fund the trip.

Ex-Ghana international Laryea Kingston claimed after the Uganda draw that there were signs the team had 'lost respect for Gyan' and claimed that 'watching from afar, you can feel something is not right.'