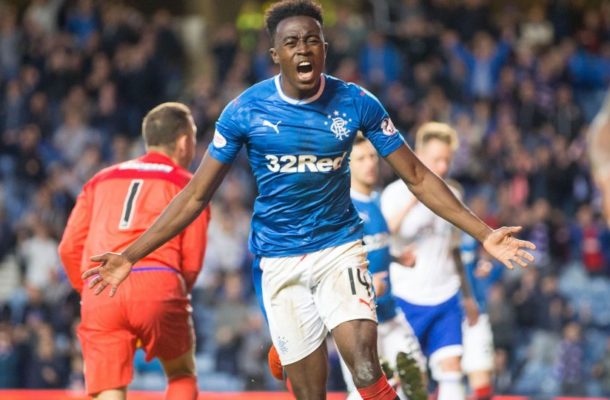 On-loan Rangers striker Joseph Dodoo has set his sights on becoming a prolific scorer for League One sid side Blackpool FC.

The 22-year-old was sent out on a season-long loan by the Glasgow giants to the  English outfit this summer in his bid to get him some much needed playing time.

The Ghanaian believes he can do even better next season by becoming a more prolific goalscorer, and is desperate to taste success at the club.

''We can get started from pre-season and build a solid foundation to what we’re trying to achieve throughout the season,'' he said.

''I'm looking forward to getting to know the lads and the staff. Hopefully I can come in, play all through the season, win games and achieve things.''

Dodoo managed only 27 appearances in two seasons for the Scottish giants after joining from Leicester City in 2016 but insists it has prepared him for the challenges ahead.

''It's a demanding place (Rangers) where you have to win every game. It’s important to bring that same feeling and mentality here.