Boeing plane goes missing in Indonesia with 62 on board, debris found 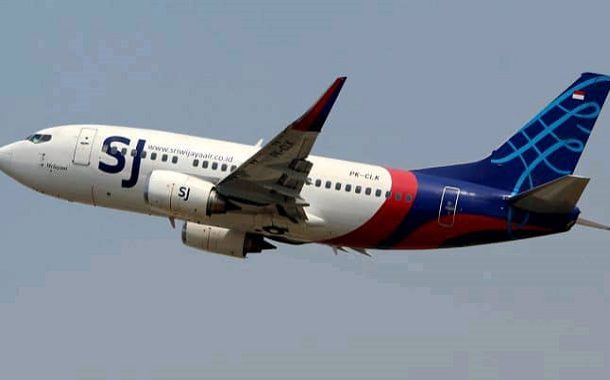 A passenger airplane has gone missing in Indonesia and search and rescue teams said they found some of the debris.

"Sriwijaya Air flight #SJ182 lost more than 10.000 feet of altitude in less than one minute, about 4 minutes after departure from Jakarta," Flightradar24 tweeted Saturday morning.

The plane took off at 07:36 UTC time and the ADS-B signal was lost minutes later, at at 07:40:27. It was en route from Jakarta to Pontianak in Indonesia.


The Ministry of Transportation office in Jakarta confirmed to ABC News that the flight lost contact after departing from Soekarno–Hatta International Airport in Jakarta.

"The missing plane is currently under investigation and under coordination with the National Search and Rescue Agency and the National Transportation Safety Committee," they said in a statement.

ABC News confirmed 62 people were on board: 56 passengers and six crew members.

The highest altitude it reached was 10,900 feet and the last altitude recorded was 250 feet.

Search and rescue teams were on the ground searching during the night. Officials said they expected the plane to be around Thousand Islands, an island chain located north of Jakarta's coasts.

Before the teams called off their search for the night due to visibility issues, they found some plane debris and were still working on determining the exact coordinates where the plane crashed, officials said.

The first flight for this aircraft was in May 1994. It is 26 years old, Flightradar24 said.

"We are aware of media reports from Jakarta, and are closely monitoring the situation," Boeing said in a statement. "We are working to gather more information."

Overall, no problematic weather has been reported Saturday in the Indonesia. Satellite imagery over the Java Sea, north of Jakarta, shows no notable weather concerns where the plane lost contact with the radar. While there were some thunderstorms in the broader region, such weather is common in the area.

This is a developing story.