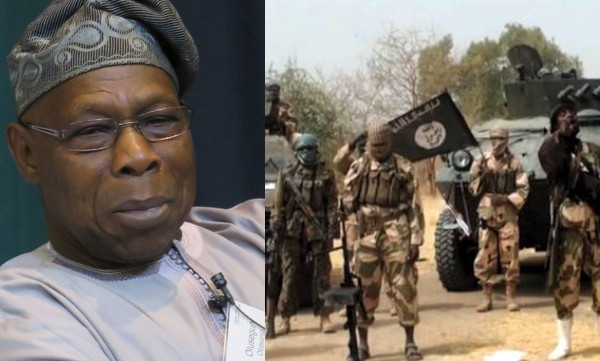 Nigeria's former President Olusegun Obasanjo on Tuesday August 20, warned that the Boko Haram crisis could last for 15 more years if the educational sector is ignored.

Speaking at a youth programme organised by the Youth Development Centre (an arm of the Olusegun Obasanjo Presidential Library) in Abeokuta, the former President expressed fear about Nigeria's population explosion which will be 450 million in the next 30 years.

He stated that the increased number of children out of school, contributed to insurgency witnessed in the north-east region.

“There should be no Nigerian child that should be out of  school for any reason.

“You have already got your Boko Haram in the next 15 years if you don’t do anything about that. So, whatever you are talking about, unless you take care of inclusivity, you will not get there. Quality is important,  but  inclusivity is much better" he said.
Obasanjo also recounted how he and the late Gen Murtala Muhammed turned around the country’s fortunes after the1970  civil war, while telling Nigerian youths not to  lose hope despite the challenges facing the country.

“Having run the affairs of Nigeria as a military Head of  State   when some people felt there was virtually no hope,   we turned it around.”

Obasanjo added, “I have tremendous hope in Nigeria; I am an incurable optimist about Nigeria.

“During the Murtala Muhammed government and my government  soldiers who  were working  in Lagos and who had to go to office in public transport   did not wear their uniforms,  they were ashamed. But within the space of six months, they were proudly wearing their uniforms.  So, it can be done.