Brazil line up friendlies against Senegal and Nigeria in October 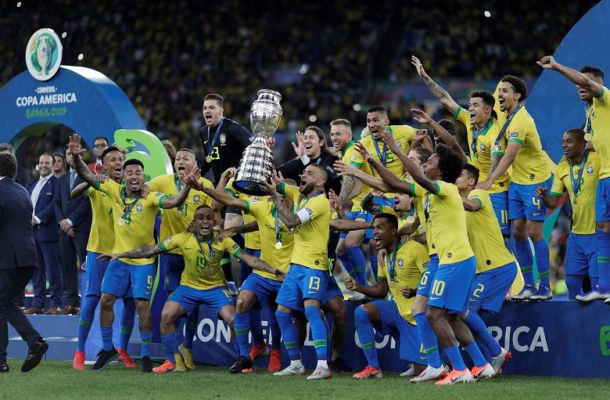 Brazil national football team have lined up two friendlies against Senegal and Nigeria ahead of the next month’s international break.

The South Americans, ranked second in the Fifa world rankings, will play Senegal (world No. 20) on Oct 10, before taking on three-time Africa Cup of Nations winner Nigeria (33) three days later.

The matches will be hosted at Singapore's National Stadium. Brazil coach Tite is expected to reveal the squad for the friendlies on Friday.

National team coordinator Juninho Paulista told the Brazilian Football Confederation website: “We chose two of the best African teams because they are high-level confrontations and the Brazilian national team has had few encounters (with them) in recent years.”

Singapore Sports Hub chairman Bryn Jones said: “We are thrilled to host two matches of such international stature at our iconic National Stadium. This Brazil versus Senegal and Nigeria will be a treat for all football fans to catch some of the world’s most skillful players in action.”