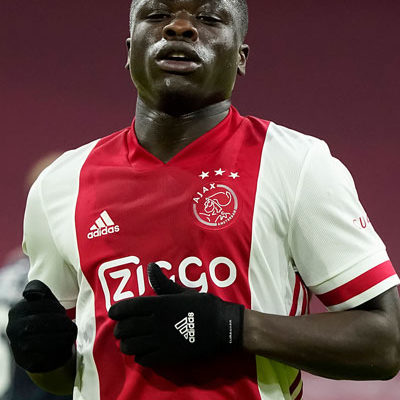 Ajax youngster Brian Brobbey is in the running for the Johan Cruyff talent of the year award.

The 19 year old Dutch born Ghanaian striker has been shortlisted for the prestigious young player award in the Dutch Eredivisie.

He has been in sensational form for the Dutch giants this season scoring a total of 15 goals across all competitions.

Brobbey in March signed a four year deal with German side RB Leipzig and is likely to move there despite efforts being made by  Ajax to re-sign him.

The youngster us competing for the best young talent in the Dutch Eredivisie with four other players.

A jury of 14 people decides who will ultimately receive the prize, notable amongst them are Frank Rijkaars, Erik ten Hag, Dick Advocaat, Pascal Jansen and Frank de Boer and others.

The prize winner will have a Cruyff Court installed at a place of his choice.

Former Ajax midfielder Frankie de Jong won the last edition in 2019 since the prize was not awarded in 2020 due to the outbreak of coronavirus pandemic.

The winner of the prize will be announced on Wednesday.