Bright Philip Donkor writes: Is there a hidden secret about the Public University Bill? 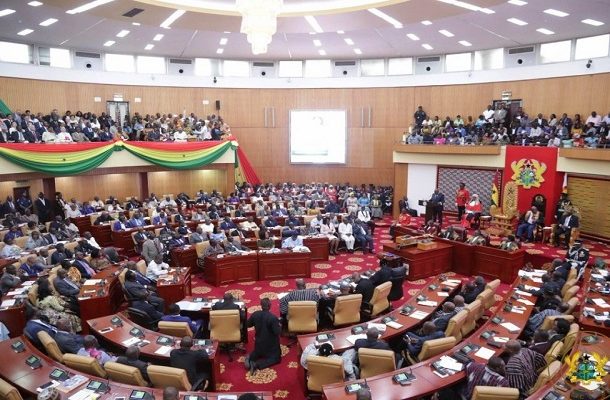 UTAG Executives are shocked at the re-laying of the Public University Bill (PUB) in Parliament. Other stakeholders in the academia are vehemently resisting. Political spinners are spinning. The politicians are ambitiously strategizing. What’s more? A cross-section of Ghanaians have taken to social media to express their views on the consequences of passing the PUB.

University education cannot be downplayed when we sit down and discuss issues that are very important to the development of our nation and personal well-being. I decided not to wade in on the controversial PUB but upon a second thought I have. My belief is that; it’s tilting the University’s interest towards government’s interest. Will the PUB inure to the benefits of the country’s tertiary education or it will satisfy the parochial and selfish interests of government?

The Bill which was initially suspended in October due to public outrage and other inefficiencies was brought before parliament again on Tuesday, December 15, 2020. The bill, if passed, would have the potential to irreparably damage the country’s global standing as a pillar of democratic governance in Africa.

I would like to say that; the current PUB should not have been allowed near parliament. It is pregnant with parochial and political desire which is very poisonous enough to kill the Ghanaian universities, hence must be aborted now!

The unwillingness of our politicians and leaders to find solutions to our emerging problems is disheartening. Yet, they’re here thinking about placing the future of the youth in their hands. Politicians who will never stop at anything until they fulfil their selfish, clandestine and ulterior motives. Yes, people are talking but they don’t talk about the right stuff. Unfortunately, people have amplified their partisan voices. Partisanship has titled the national conversation and the real issues have been pushed out of the wayside.

We must be in solidarity and burry our political affiliations when governing matters such as PUB arise. Has the PUB been thoroughly thought through? Everyone should speak against this ‘19th century’ move. If not, in the not so
distant future, professorship will not be based on academic impact but how well you shout a political party slogan.

If I’m asked, a Bill bearing the name ‘Politicians &amp; Leaders Problems Solving Bill’ (‘PLPSB’) is rather the Bill needed currently so that it’ll require politicians and leaders to be patriotically and practically willing to solve the problems that draw our country’s clock of progress backwards like unemployment. This should rather be engaged by parliament and given a possible passage. Our nation is going down the drain frenziedly.

Why do we have majority of our university graduates still unemployed? And yet instead of finding a lasting solution to the existing challenge, the passage of PUB is where the attention is. Kudos to all well-meaning Ghanaians who stood up against this. The suspension of the Bill is still not enough. They’re using complex solutions to solve simple problems.

That’s why Ghana is still battling with wealth and revenue generation especially from income and corporate taxes simply because about 85.5% of our private informal businesses, are struggling with growth and are technically out of the Taxbracket.

According to Global Entrepreneurship Monitor Report, Africa Continent is the least expected to create jobs among the 5 regions in the world categorised by GEM. And it may interest you to know that per IFS reports, Ghana is currently facing three critical economic challenges, namely a slowdown of economic growth, rising unemployment, and a surging public debt. Is it rocket science for western countries to be making tremendous and enviable strides in terms of businesses? It’s due to businesses that Bill Gates, Henry Ford and others continue to be blessing to the rest of the world.

The absence of good financial policy wisdom on the part of most governments is the root cause of poverty in Ghana. You do not need God to give you some money in order to become rich but all you need is good financial policy wisdom. Ghana does not need foreign aid to make the country rich but she needs business financial wisdom because we’re already endowed with rich natural resources. If USA, Japan and UK are wealthy nations, and if some Ghanaians are genuinely wealthy, then we need to find out the reasons why they are wealthy and simply practise what the wealthy people practise.

The future prosperity of this country requires a faster economic growth that’ll create more jobs and a sustainable fiscal plan that’ll halt the rising public debt and bring its trajectory down over the medium. Such is the way to experience and witness accelerated socio-economic improvement and development not politically- centred policies.

I have a lot to say, but my point, in a nutshell, remains our guidance by what Thomas Jefferson succinctly puts it that… “A wise and frugal Government, which shall restrain men from injuring one another, which shall leave them otherwise free to regulate their own pursuits of industry and improvement, and shall not take from the mouth of labor the bread it has earned. This is the sum of good government, and this is necessary to close the circle of our felicities.”