Bringing Ghana’s Nuclear Power Program In Focus, Our Sure Path Towards Energy Sufficiency and Industrialization 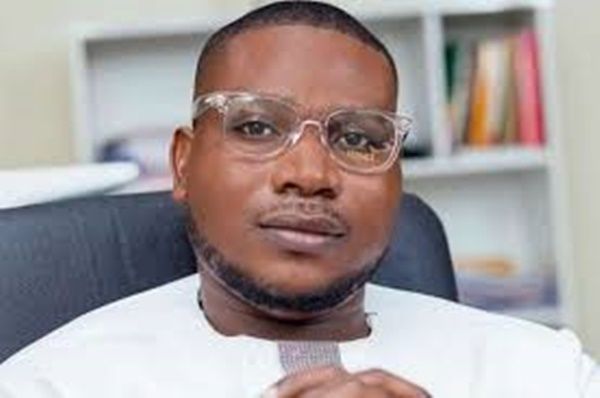 Folks I am going to make this piece as dispassionately as possible considering my bias towards Dr. Kwame Nkrumah's regime and how I have already described the 66’ coup as the single most backward event in the history of this Country.

But today I have not come to talk to you about the 66’ coup, I have come to tell you about one of the things that made the 1966 coup earn its place as the single most backward, retrogressive event in Ghana; Ghana’s Nuclear Power Program!

When Dr.Kwame Nkrumah was building the Akosombo dam, our population was quite small, barely 6 million people and so the plan was that as the population increased, we would need a more sustainable source of energy to meet up the increasing demand....and Nkrumah’s first choice was Nuclear Power.

So at the time, his intention was that by 20 years time when the population would have increased and the numbers of factories would have almost quadrupled as a result of his industrialization plan, our first Nuclear power plant will come upstream with efficient and reliable power to feed into the national grid to take care of the increased demand.

Considering that Nuclear Power Plants take between 15-20 years to plan and build, Nkrumah did not go to sleep, he embarked on the acquisition of the first-ever 2 Mega Watts nuclear research facility in West Africa to be hosted at the Ghana Atomic Energy Commission. The objective at the time was to use this facility to build the capacities and Human Resources of our people so that in the near future they could be able to handle Ghana’s Nuclear Program without relying heavily on foreign experts.

Did you know that at the time Nkrumah was overthrown, Ghana’s first Nuclear research reactor was on the high seas on its way to Ghana, the ship carrying it never made its way to the shores of Ghana after that regressive coup in 1966 and up to date, we don’t know where that Nuclear Reactor went to.

Folks, this is the story of a country that had so much potential but has been thrown into total darkness today because of some greedy anti-Nkrumah elements who still find themselves in the corridors of power promoting the folly of their forebears whiles the Country lingers away in poverty and darkness!

So if you thought the first-ever power crisis in Ghana happened in 2015 then you need to come again.
We have had periodic energy crises since the 1980s and anytime it comes up, we look at the short-term means of mitigating it, then after we go to sleep only for it to rear its ugly head again.

And that is because we have failed to acknowledge that the only true means of attaining energy sufficiency since hydro and thermal are becoming increasingly unreliable due to environmental factors is Nuclear Power which was originally in the grand plan of the Country.

Ghana’s Nuclear Power Program is long overdue, it is only when Nuclear Power Generation has been safely and efficiently integrated into our generation mix, then can we say we are truly energy sufficient.

Energy Sufficiency does not only mean the availability of power but power at competitive rates which we all know Nuclear provides a very viable potential for affordable clean energy!

The concerns about Nuclear have always been the safety and disposal of Nuclear waste.

But I have to tell you, that the World has come a long way since Hiroshima and Nagasaki and there is a vast difference between Nuclear Power Production and Nuclear Weapon Production.

The technologies are different, the waste generated is way less toxic in Nuclear Power Plants than in Nuclear weapons.

So we the promoters of Nuclear Energy are not oblivious of the environmental concerns and the safety of the Citizens, but I tell you what, there is way more toxic and dangerous waste (ie. e-waste) already in the system that poses more risk to us than what some perceive nuclear waste ever posed.

The question we must therefore answer is, do we want a stable sustainable power supply, do we want it at competitive rates that will make Ghana the ultimate destination for factories and industries, do we want to pay way lesser and stable tariffs for domestic use than what we are currently paying?

Can we do this with little or absolutely no effect on humans and the environment? If the answer to all the above questions is yes, then say cheers and brace up for the new future!!

A future of an industrialized Ghana full of jobs and opportunities for its people through energy sufficiency from its nuclear power program!