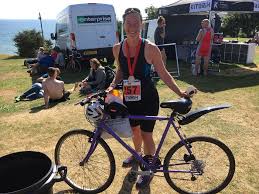 Two inspiring British cyclists are seeking to make a massive societal impact by riding around the world to help raise money to build a school in Ghana.

Claire Gover, who forms one half of the Pedalling for Promise team with Dawn Logan, began her journey in the United Kingdom in July and has since pedalled across 17 countries including Germany, Croatia, Bos- nia, Greece, Turkey and Azerbaijan.

Having taken a break to see family in Rockingham over the Christmas period, the school teacher said the aim of the journey was to raise $US35,000 for Pencils of Promise, which would look to build a school in Ghana with the funds raised.

“The highlight has been seeing so many people from all over the world and how lovely they are,” Ms Gover said.

“They’ve just been so welcoming. We had a puncture at one point and there were six or seven men trying to help us get it on a van to a bike shop.”

The journey hasn’t been easy however, with harsh weather, terrain and the small problem of the language barrier often throwing up a challenge or two for the duo.

“The hardest thing is when you are cycling along and your feet get so cold you feel like you have no feet,” Ms Gover said.

“You’re trying to push down and pedal, but you don’t know if your feet are on the pedals because you just can’t feel them, but then you get back to the apartment, hotel or the hostel and get a donation and realise this is why we are doing it.”

With no major cycling experience before starting the huge journey, Ms Gover said they had gone from riding about 55km a day to being able to complete 100km-120km.

The pair will begin the second leg of their journey in early January when they ride through Thailand, Cambodia, Laos and Japan before heading to Canada and the USA for the final leg.