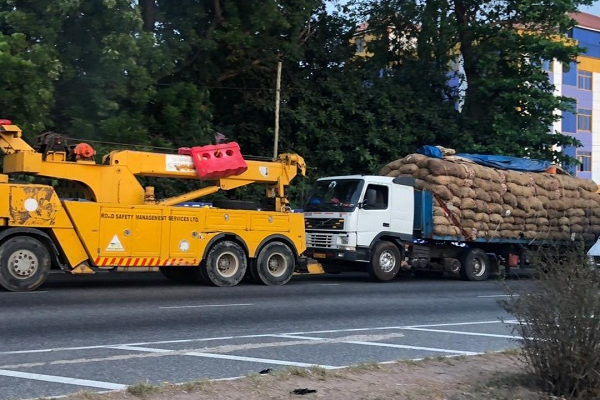 The broken-down tipper truck that caused the accident at Tesano in the early hours of Wednesday, April 14, 2021 has reportedly been tolled after the incident.

Reports on social media indicates that a towing vehicle came to wheel the truck away following the accident.

Two persons were reported to have died after a commercial vehicle popularly known as trotro crashed into the stationary truck with Togolese registration number.

Personnel from the Tesano police station had to quickly converge at the scene to carry out rescue operations.

Reports indicate that the broken-down truck loaded with bags of onions had been at the spot since, Tuesday, April 13, 2021.