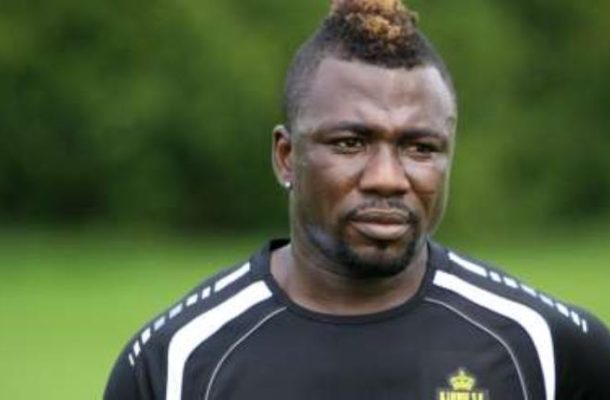 FC Europa player Rahim Ayew says he is happy with the exploits of his junior brothers Andre Ayew and Jordan Ayew.

Andre in the summer window joined West Ham from Swansea for a club record fee of 20.5 million pounds after a splendid debut season with the Welsh side.

Though Jordan is not playing in the English top-flight after Aston Villa got relegated at the end of the 2015/16 English Premier League season, he has been the club's best player since joining the Villas last season  from French side Lorient.

'I watch them week in week out they are doing great and I'm happy for them,' Rahim said on Citi FM. READ ALSO: Kevin Prince Boateng - I wasted money in the past

'Andre has been out for couple of months but all the same he is working hard to get back, Jordan too is doing great with Aston Villa and we hope to see the future is bright for both of them, so I'm really happy for them.'

On whether there is pressure on Jordan to prove himself in the English championship, he said:

'We the Ayews there have always been pressure on us for always prove something. So not him going back to the championship he has to prove, he has already proved in France, in the Premier League and now he is in the championship and he is doing great. He has not scored but he gives assist and everything so it has been great for him.'

Rahim is the first son of the African football legend Abedi Ayew Pele.