Bukom Banku resurfaces with a new look, declares an end to bleaching 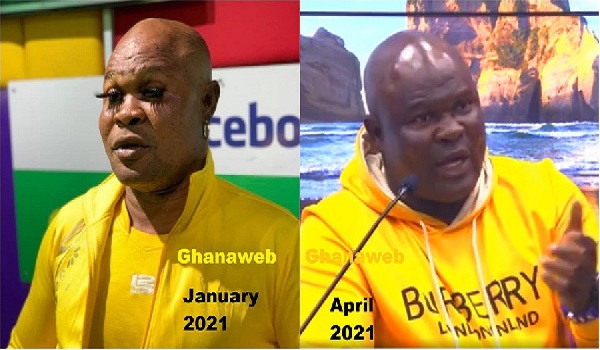 Popular Ghanaian boxer and musician, Braimah Kamoko better known as Bukom Banku, has made a new appearance in public with a new dark skin tone promising an end to light-skin bleaching.

Bukom Banku, early this year 2021, bleached his skin and also applied other beauty enhancers such as eyelashes and earrings.

His appearance generated many reactions from the public who argued that the boxer had become gay.

However, making a new appearance in the public domain, ghanaweb.com can confirm that the boxer has gone back to his naturally dark skin.

Although he confessed that bleaching was bad, he noted that the inspiration to bleach was born out of the fact that he was becoming infamous and needed to do something to get back into the trends.

He explained that most influential people he depended on neglected him after his skin toning.

According to him, he regrets his actions and will never go back to his old ways since bleaching can endanger his health as a boxer.

He said, “Right now I am Black. I have stopped it because the big men in the nation gave me advice to stop bleaching. The way when I am bleaching and people talk too much, I don’t want to bleach again, it’s not good.”

“If I continue one-day one-day it will give me another effect, the boxer told Joy FM, adding, “One side of my face will be burnt and some places will be red and black. If small boys see you by the road they will run.”

According to him, “Whenever I bleach, the big men who give me money get vexed because I am not a woman-lady, I’m not a gay.”

This is the second time the heavyweight boxer has bleached his skin. 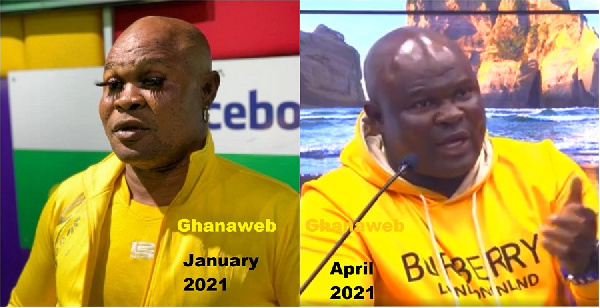