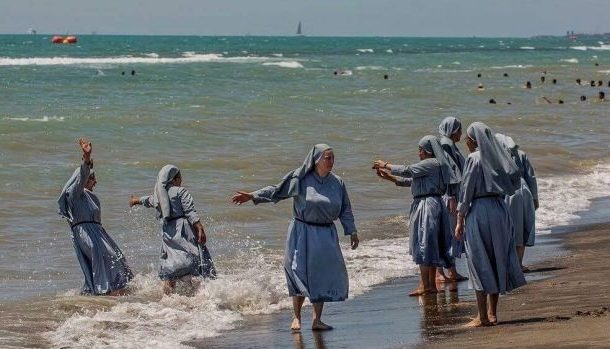 An Italian imam had his Facebook account suspended after posting a viral photo that quietly denounced Europe's burkini bans.

Izzedin Elzir, the Imam of Florence, shared the picture of a group of nuns dressed in full habit cavorting on a beach, in response to the controversial bans introduced in southern French cities including Nice and Cannes.

The picture, which was posted on Facebook last Wednesday, was quickly shared more than 2000 times. The following day, Elzir's account was suspended.

″It′s incomprehensible. They asked me to verify my account by sending them ID," Elzir told Italian paper La Repubblica.

When asked if he thought the viral picture had led to the suspension, Elzir replied, "I hope not. We live in a society of law and freedom" and the photo "promotes dialogue".

The picture has since received over 3500 shares, with commenters noting the hypocrisy on display.

"Freedom of religion and expression, but not for Muslims," wrote one commenter.

"Thank you for posting this photo," added another, "the sea is for everyone." 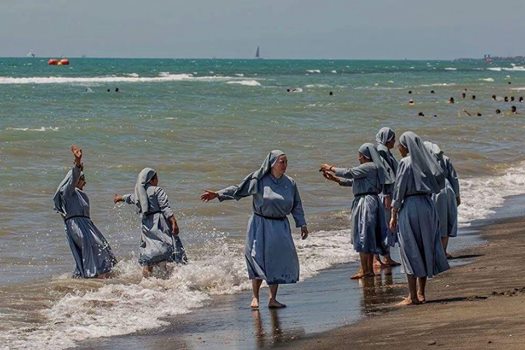 The recent bans on the burkini - invented by Australian designer Aheda Zanetti - have sparked widespread backlash across Europe. French PM Manuel Valls, forced to defend the decisions this week, called the swimwear "a symbol of the enslavement of women".

Elzir, whose viral picture was originally posted to Facebook without comment, was more direct in his criticism of the bans when speaking to Italian media.

"I'm sorry that community leaders and some politicians in France, instead of responding to the political and economic needs of their citizens, are focusing on how Muslims dress," he said.