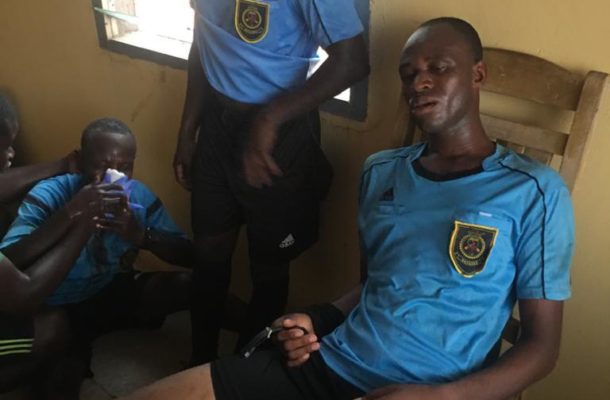 The Confederation of African Football (CAF) has waded into the brutal attack Ghanaian referees in a Division One League match, describing the act as "completely unacceptable".

Centre Referee Niatire Suntuo Aziz, Assistants Suleman Mohammed and Yakubu Abdul Rahman and Fourth Referee Hasim Yakubu who are based in Tamale and Kumasi respectively were all had to be sent to Accra for extensive medical check-up and care.

It was a match, which was supposed to be played behind closed doors, following COVID-19 restriction in the country.

However, aggrieved fans found their way into the pitch to subject the match official into severe beating.

CAF General Secretary, Veron Mosengo-Omba strongly condemned the assault on the match officials and called for a full investigation on the matter.

CAF is liaising with the Ghana Football Association to get a full report on what transpired on the way forward.

CAF is treating this matter with the seriousness and urgency it deserves.

CAF has appealed to all Member Associations to ensure that CAF Safety and Security Regulations are fully implemented in all matches.