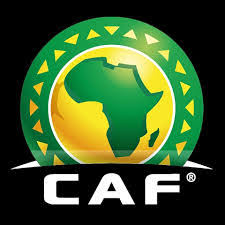 The draw for the Africa Cup of Nations finals, set for Yaounde on June 25, has been postponed, the Confederation of African Football (CAF) said on Sunday.

It said the postponement was due to “logistical reasons related to the COVID-19 pandemic” and a new date would be announced in due course.

All 24 spots for the 2021 AFCON have been filled except one, as Sierra Leone and Benin play their outstanding qualifier this month to determine the last of the 24 teams in the finals in Cameroon in January.

All other qualifiers ended earlier this year with Egypt finishing on top of Group G, alongside Comoros, who finished second with nine points.

The draw for the tournament was initially scheduled for 25 June, but at the Confederation of African Football’s request to push it due to Covid-19 related reasons, the Cameroon Local Organizing Committee (LOC) has agreed to postpone it.

A new date has not been decided yet, with the tournament scheduled to start on January 9 2022 until February 6 2022.

CAF had also recently postponed all African World Cup qualifiers matches that were supposed to take place this June, and instead will now be played in September and October