CAF U-20: Ghana beat Cameroon on penalties to progress into semis 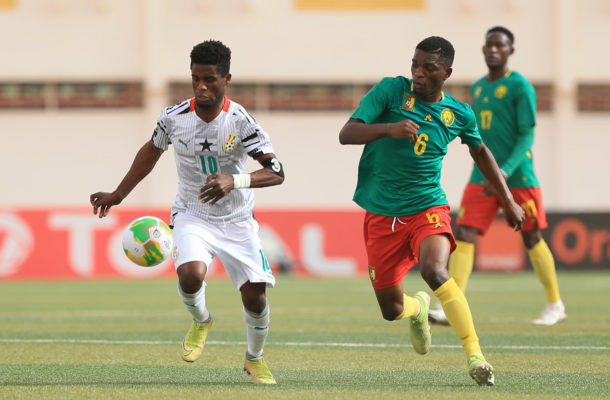 The Black Satellites of Ghana have booked a place in the semi finals of the African Youth Championship currently underway in Mauritania.

Ghana recorded a 4-2 victory over their Cameroonian counterparts after the match which went into extra time ended 1-1.

It was the Cameroonians who started the game on the front foot dictating the pace of the game and causing problems for the Ghana team.

Ghana relied on long drives and pot shots from distance but the best chance of the first half fell to Barnie who blazed wide.

The Cameroonians has more control but did not threaten the Ghanaian goalie Danlad Ibrahim with all their dominance with the match ending goalless at half time.

In the second half the Cameroonians had a golden chance to take the lead but the ball was cleared off the line after Danlad Ibrahim was beaten.

The game headed into extra time as none of the two teams could find a goal with the Cameroonians scoring first from a corner in the 103rd minute through Kevin-Prince Milla before Ghana equalized a minute later through a cushioned strike from Frank Boateng.

The match went into penalties and Ghana scored all four of theirs with Boah, Barnie, Anokye and Assinki all converting whilst Cameroon squandered two of theirs.

Ghana have qualified to the last four.