Caleb Ekuban returns to training ahead of Galatasaray match 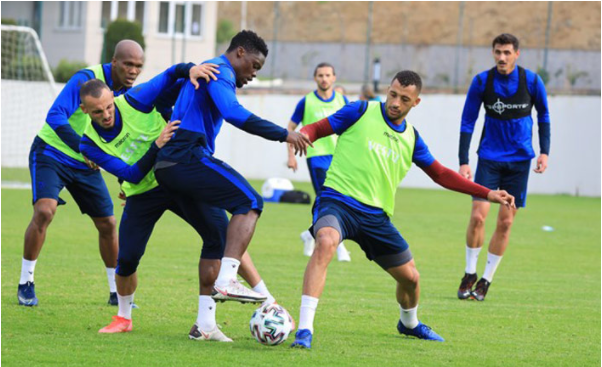 Trabzonspor striker Caleb Ekuban has started training with the rest of his teammates after missing their last league game through injury.

Ghanaian striker Caleb Ansah Ekuban sat out Trabzonspor's 0-0 drawn game against Rizespor away from home due to muscle injury.

He is now fit and trained on Monday with his teammates and will be fit for their crunch game against Galatasaray on Wednesday at the Türk Telekom Stadium.

The former Leeds United striker has been integral for Trabzonspor this season across all competitions with his goals coming in handy.

He picked up the injury in his side's 1-1 drawn game against Kayserispor and was ruled out of last Saturday's game.

Trabzonspor failed to score in the game with Ekuban sorely missed at the Yeni Rize Şehir Stadı, their third consecutive drawn game despite remaining fourth on the league table.

The 27 year old Ghanaian striker is expected to be fit for his side's next league game on Saturday at home against Hatayaspor.

He has scored nine goals and provided three assists for Trabzonspor in 27 matches this season.