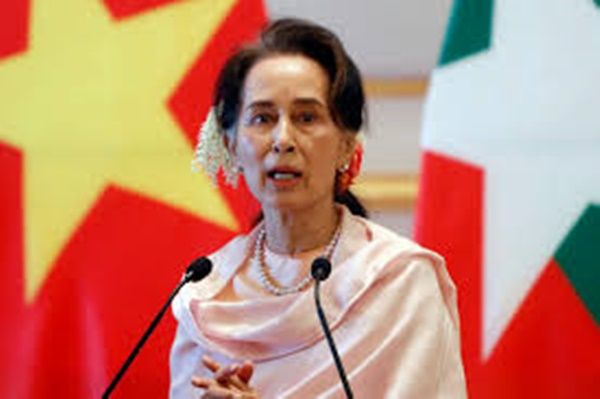 Amid the coup and the military's unproven claims of voter fraud, the UN and others called on the army to respect the country's November election result.

The United States expressed "grave concern and alarm" in a statement from Secretary of State Antony Blinken.

"We call on Burmese military leaders to release all government officials and civil society leaders and respect the will of the people of Burma as expressed in democratic elections on November 8."

"The United States stands with the people of Burma in their aspirations for democracy, freedom, peace, and development. The military must reverse these actions immediately."

"Australia is a long-standing supporter of Myanmar and its democratic transition. We call on the military to respect the rule of law, to resolve disputes through lawful mechanisms and to release immediately all civilian leaders and others who have been detained unlawfully.

"We strongly support the peaceful reconvening of the National Assembly, consistent with the results of the November 2020 general election," Payne said.

United Nations Secretary General Antonio Guterres condemned the detention of Suu Kyi, President Win Myint and other political leaders and expressed "grave concern" at the transfer of powers to the military.

"These developments represent a serious blow to democratic reforms in Myanmar," a statement from Guterres' spokesman read.

"The Secretary-General urges the military leadership to respect the will of the people of Myanmar and adhere to democratic norms, with any differences to be resolved through peaceful dialogue.

"All leaders must act in the greater interest of Myanmar’s democratic reform, engaging in meaningful dialogue, refraining from violence and fully respecting human rights and fundamental freedoms."