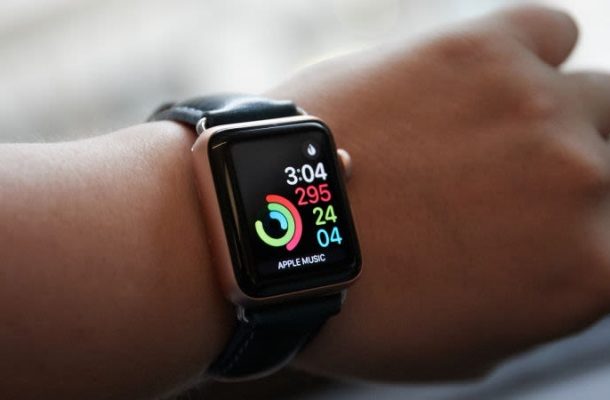 When Apple announced two major new healthcare features this week, it billed them both as terrific innovations that may well keep us alive.Later this year, its Watch will be able to automatically call emergency services if it detects you have suffered a fall and are no longer moving.

And it will also let you know if you have heart problems and should perhaps visit your doctor as soon as possible.Other devices have offered similar functions in the past, albeit in less elegantly presented gadgets.

But with an estimated 50 million Apple Watches out there already, there are concerns about the pressures it may bring to already-strained healthcare systems.The result may be even more calls to emergency services and, according to one of Britain’s leading surgeons, a new wave of technology-driven hypochondria."Medical professionals will also need to be vigilant to the risk of misdiagnosis and overtreatment that this proliferation of personalised health information could bring,” said Richard Kerr, chairman of the Royal College of Surgeons’ commission on the future of surgery.Big, red balloonsBrian Fontes, chief executive of the US National Emergency Number Association (Nena), represents an often overlooked and underpaid part of our communities - emergency call handlers. He is well-versed in the history of new technologies designed to make access to emergency calls easier, some proving better than others.He recalled one example of a home security firm seeing a spike in false alarms each year on Valentine’s Day, with first responders showing up to discover that big, red “I love you” balloons had set off the system’s movement sensors.I asked Mr Fontes if he was worried about the potential for false positives from the Apple Watch’s fall detection, which combines data on wrist trajectory and impact acceleration in attempt to work out if the wearer could be in trouble. The device only makes an automatic call if you don’t move for longer than a minute - up until that point the wearer has to initiate the call with a tap on the Watch’s screen.Mr Fontes said he had confidence in Apple's approach.“These are the real beginnings of exciting innovation. I don’t see, at least initially, an overwhelming number of false positives coming in. But only time will tell.”This isn’t the first time a new technology has raised concerns about over-burdening the 911 emergency services system. Mr Fontes remembered when trials to allow people to send text messages to 911 began in 2010, a move some said would lead to handlers being inundated."There was a lot of fear, and a lot of opposition,” he recalled, saying those concerns proved unfounded. Around 30% of centres across the country now accept text messages, he said.‘It should be a high priority'That doesn’t mean he’s welcoming the technology in with completely open arms, however. What made text messages so effective was the comprehensive training scheme put in place to prepare call handlers for the changes."This is one of things that I want to follow up with Apple,” he said."Are they working on an education campaign with 911 centres? How will that 911 professional who answers that call understand what’s happening?"It should be a high priority. If you live long enough you’re able to tell what succeeds and what doesn’t. Where there’s an education programme associated with innovation, it’s a much easier thing to enable when it comes to 911.”The BBC understands Apple plans to discuss the technology with 911 call handlers and will be posting a support article explaining the technology in more depth on 21 September.'Time-poor'The Apple Watch’s electrocardiogram feature, coming later this year, will monitor the rhythm of the heart. Like the fall detection, it too was touted as a game-changing moment in health tech by Apple on Wednesday.It would allow the wearer to get, at the tap of a screen, a basic diagnosis of their heart health that can then be passed on to a doctor.The technology has as yet only been cleared by the US health regulator. But if it does make it to the UK, it could mean more appointments, warns Aiden Doherty, a leading expert in health devices from Oxford University’s Nuffield Department of Population Health.“Staff in the National Health Service are already time-poor,” he told the BBC.“It is possible that many new patients might seek earlier, and potentially unnecessary treatment. This could of course lead to anxiety for patients, and increased healthcare costs for the NHS.”Furthermore, Mr Doherty said we shouldn’t expect the medical community to take Apple’s word for it on accuracy of the device’s readings.“Clinicians will likely seek independent validation studies for this device before using it to support diagnosis and management of disease.”‘Hyperdrive'The internet has given everyone the chance to research their symptoms, often with inaccurate fear-inducing results.Now, the Royal College of Surgeons, a leading authority on health matters in the UK, has warned about the impact of this “immense amount” of new information - information that, unlike a haphazard search online, offers advice that is personalised."The 'worried well' will be sent into hyperdrive,” neurosurgeon Richard Kerr said."GP practices and Accident and Emergency will undoubtedly see more patients who are concerned about what this information means for them.""There is unfortunately the danger that the unscrupulous of our profession could prey on the fears of patients, convincing them that treatment is necessary, where it is not.”But Nena's Mr Fontes thinks the reverse might also be true. The device could be right in telling us help is needed, even if the wearer thinks they’re fine."If you had a device that told you you had a significant fall, maybe that would reaffirm your decision to reach out for medical help.”He said he’d much rather call handlers dealt with a false positive than “read an obituary”.Source: BBC