Can NPP pull a surprise over NDC in Asawasi? 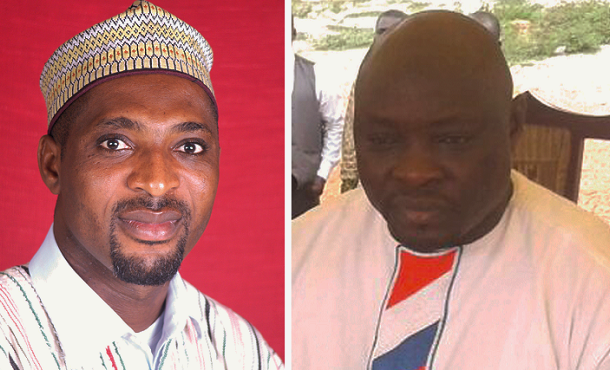 Created in 2004, the Asawasi Constituency has since remained one of the strongholds of the National Democratic Congress (NDC) in the Ashanti Region. It is one of the few seats that can be considered a safe seat for the NDC in the strongest hold of the New Patriotic Party (NPP).

The first to win the seat was Dr Gribil Adamu Mohammed who died less than two years into office, following which the current Member of Parliament (MP), Alhaji Muntaka Mohammed Mubarak, won the seat through a by-election.

Since then, it has been business as usual for the NDC.

Asawasi is  predominantly a Muslim community made up of mostly settler communities from the three regions of northern Ghana.

It has a high presence of head porters popularly known in the region as paao paa or kayayei in Accra and they reside in areas such as Aboabo Number One and Aboabo Number Two, Nima, Akwatialine, Alabar, Sabon Zongo and New Zongo.

Aside from having one of the largest Muslim communities in the region, there have been accusations of drug peddling in the area. Popularly known as the Tinka Island, based on such information, the police have carried out swoops to round up suspected drug peddlers.

If the origin of most of the residents of the area is anything to go by and judging by the voting patterns in the country from previous elections, it is not, therefore, surprising that the constituency has always tilted towards the NDC.

Although other political parties such as the Convention People’s Party (CPP), the People’s National Convention (PNC) and other smaller parties have always contested the parliamentary elections in the constituency, they have never posed any threat to the two dominant parties in the country; the NPP and the NDC.

The battle has always been between these two parties and they have always pulled the crowd.

This year’s election would be no exception as already the battle lines have been drawn and the two main parties are in a battle of their lives.

For many onlookers, it seems a done deal for the incumbent MP who went unopposed at the internal party primary and has already rolled up his sleeves in his bid to retain the seat for the ruling NDC for the fourth term.

The incumbent is really adored by the constituents, most of whom defended him tooth and nail when he run into a problem while serving as the Minister of Youth and Sports during Professor Mills’s administration. They have still stood by him and endorsed him during the constituency primary and given him the nod to contest the seat to represent them again in the august House come January 7, 2017.

While serving as the minister, the MP was alleged to have used his office to secure a visa for a lady alleged to be his girlfriend to fly at government expense to Germany.

He was also alleged to have facilitated her trip with him to watch the 2009 CHAN tournament in Abidjan, la Cote d'Ivoire, in addition to spending colossal amount of money on khebab and diapers for his kid.

Though the news about the event cost him his job, he was cleared of any wrongdoing by the Commission on Human Rights and Administrative Justice (CHRAJ).

He is currently the Majority Chief Whip and holds a Masters’ degree in Development Planning from the Kwame Nkrumah University of Science and Technology (KNUST).

His opponent, on the other hand, is a graduate of the University of Education, Winneba and works with Zuria FM, a local radio station which does most of its programmes in the Hausa language  to its target audience.

Alhaji Alidu Seidu, the NPP candidate for this year’s election, has  promised to break the jinx of the NDC in the constituency.

He said it was high time the NPP wrested the seat from the NDC in the constituency and helped the residents have their fair share of the national cake.

As part of his efforts to annex the seat, he has been undertaking a house-to-house campaign to drum home the message to the constituents on the need to change the leadership of the area.

On paper, it looks like a tall order for him to close the over 10,000 votes gap the NDC used to win the seat in the last election.

But Alhaji Seidu said he was undaunted by the challenge and ready to deliver the seat to the NPP come December 7.

Although Asawasi has lots of respectable personalities and businessmen, popular areas such as Aboabo,the Tinka Island and Alabar are always in the headlines for the wrong reasons.

News from these areas always have to do with crime such as armed robbery, stealing or communal clashes.

In 2008, Alhaji Mubarak retained the seat for the NDC with 36, 243 votes, while the NPP candidate, Dr Mohammed Abdul Kabir polled 27, 118 votes. A decline in the votes of the past candidate.

In the last election, although the NPP candidate, Nana Okyere Tawiah-Antwi improved on the party performance in the constituency by polling 31,013 votes, it was not enough to wrest the seat from the incumbent who had 43, 917 votes, leaving a gap of almost 13, 000 votes.