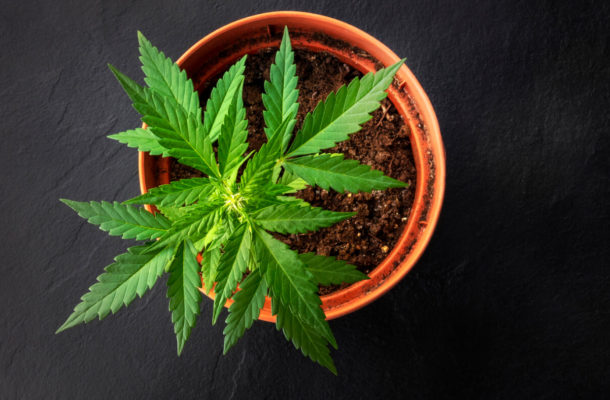 A new study claims that three strains from the cannabis plant can inhibit cytokine storms, a severe case of respiratory inflammation, and reduce the risk of developing pulmonary fibrosis in COVID-19 patients.

The study, which is a joint work carried out by the Pathway Research Inc., University of Calgary and University of Lethbridge, all in Canada, was published in Aging, a bi-monthly peer-reviewed medical journal.

They noted that it is a common occurrence in some patients where the immune system’s response to COVID-19 is extreme and goes into overdrive to fight the virus.

Accumulating evidence, the researchers noted, shows that many COVID-19 patients die due to increase in the production of the inflammatory cytokine molecules, rather than the virus itself.

Explaining how they arrived at their findings, the team explained that they induced inflammations within 3D-printed skin tissue samples and tested seven different strains of Cannabis Sativa on them, which were selected from 200 strains that were initially analysed.

It was discovered that three of the tested strains were able to inhibit cytokine storms and mitigate future risks of developing pulmonary fibrosis, which causes permanent scarring of the lungs.

Study participant, Dr. Igor Kovalchuk, of the Department of Biological Sciences, University of Lethbridge, Alberta, said he was not surprised by the findings.

“Before COVID-19, we have studied the anti-inflammatory effect of over 100 cultivars (preselected from nearly 800), and identified a couple dozen with strong potential, and even filed several patents on them for use with RA, MS, intestinal, and skin inflammation, and oral inflammation,” Kovalchuk was quoted by Jerusalem Post as saying.

He, however, recommended that the whole plant be ingested, preferably by smoking, as many terpenes (natural products) can get lost in the evaporation process.

Dr. Kovalchuk said, “As to specific chemicals, our analysis shows that CBD or THC alone doesn’t have the same effect.

“We strongly believe in the full-spectrum, entourage-based effects. Likely, there are secondary (minor cannabinoids) and terpenes that contribute, and we write in the paper, that one of such terpenes could be caryophyllene.”

According to Health Europa, cannabis-derived CBD has a history of safe use and contains several properties which may be useful in treating certain medical symptoms.

“Whole plant cannabis extracts have also been shown to reduce blood coagulation in animal models; it is known that many of the negative systemic effects of COVID-19 appear to be related to altered coagulation, so it is possible that cannabis may be useful in managing these sequelae,” Health Europa stated.

Also, last October, researchers at the University of South Carolina say that tetrahydrocannabinol or THC [the main psychoactive compound in cannabis that produces the high sensation] might be an effective way to treat some potentially lethal COVID-19 complications.

The researchers published the preliminary results of their study in a report in online journal, Frontiers in Pharmacology.

In the study, which was performed on mice, researchers found that THC could prevent the harmful immune response that causes Acute Respiratory Distress Syndrome [a condition whereby fluid collects in the air sacs of the lungs, depriving organs of oxygen].

They also think that it could cause a significant increase in healthy lung bacteria.

Acute Respiratory Distress Syndrome can potentially be fatal, and those who survive it will often have lasting pulmonary scarring.

Essentially, with Acute Respiratory Distress Syndrome, the body’s immune system starts to overload and destroy the lungs and other organs as well as the disease it’s actually trying to fight.

When you aren’t able to stop that organ destruction, then it can lead to a fatality.

While the South Carolina researchers saw enough of a positive response in mice, they’re recommending health professionals begin human trials of the treatment, while they discourage recreational use of cannabis and also urged patients not to self-medicate should they have an active COVID infection.