Cathedral Fundraiser: I was not paid any GH¢30,000 - Jack Alolome speaks 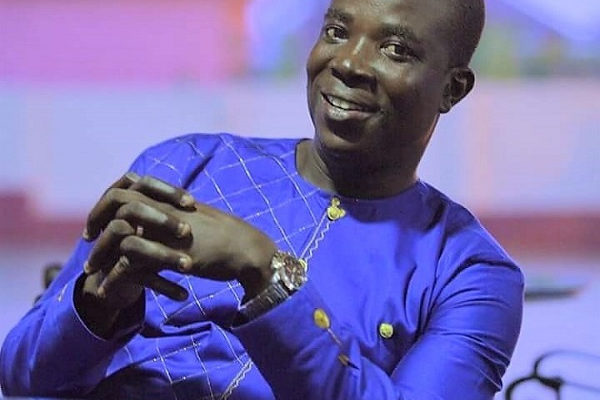 Gospel artiste, Jack Alolome, has debunked reports that he was paid a sum of GH¢30,000 for his performance during the National Cathedral fundraising in Kumasi on January 30, 2020.

His comment comes on the back of claims made by the morning show host of Onua TV, Captain Smart, that the gospel artiste and others received financial compensation for their performances.

In a video shared on his official Facebook page, Jack Alolome expressed surprise at the accusation leveled against him.

He indicated that even if what Captain Smart said was true, then it implied that someone had received the amount on his blind side.

According to him, when he returns to the country, he will follow up on the matter to ensure that his money is given to him or returned to the appropriate place.

“The are conversations ongoing in the media concerning the National Cathedral. Captain Smart made a public pronouncement that artistes who were at the Cathedral [fundraising] launch that took place at Kumasi received GH¢300 million each.

“I want to categorically state that nobody has given me any GH¢30,000. Moreover, I don’t have any management team I work with whom I can say will go behind my back and take the money.

“I have not received any GH¢30,000 and the program I attended too nobody has given me money…not even a worn-out GH¢1.

“If it is reported that each artiste received 30,000 then it means my money is with someone. I am pleading, I’m not in Ghana but what it means is that when I come to Ghana, I must do a follow up so that wherever the money is, either it is given to me or returned to its appropriate place,” Jack Alolome said.

There have been multiple media reportage alleging that artistes who performed at the fundraiser were paid GH¢30,000.

The conversation has become topical as a result of another gospel artiste Sonnie Badu coming out to debunk reports that he received US$50,000 for his performance during the National Cathedral fundraiser in the US.

“Wow, thanks for alerting me , I was not given a dime .. not even a seat for me and my team , We stood outside,” Sonnie Badu responded to the tweet asking him to clarify the matter.