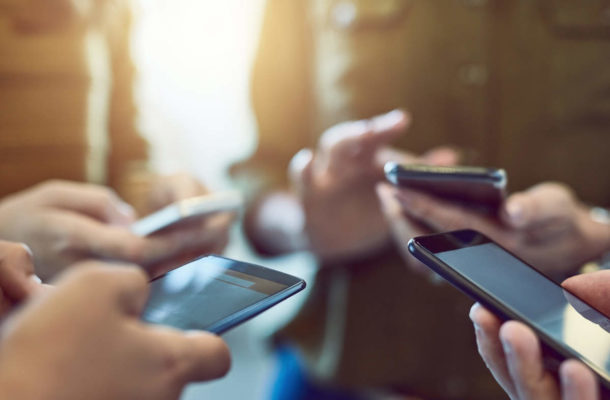 Publicly available cell phone location data could be used to better estimate COVID-19 spread, and inform decision-making when it comes to shutdowns and reopening, according to a US study. The research, published in the journal JAMA Internal Medicine, shows that counties in the US with a greater decline in workplace cell phone activity during stay-at-home orders showed a lower rate of COVID-19 infections.
"It is our hope that counties might be able to incorporate these publicly available cell phone data to help guide policies regarding re-opening throughout different stages of the pandemic," said the study's senior author, Joshua Baker, an assistant professor at the University of Pennsylvania.
"Further, this analysis supports the incorporation of anonymised cell phone location data into modelling strategies to predict at-risk counties across the US before outbreaks become too great," Baker said.
The researchers, including the study's lead author Shiv T Sehra, an assistant professor at the Harvard Medical School, used location data from cell phones -- which were de-identified and made publicly available by Google -- to analyse activity across up to 2,740 counties in the US between early January and early May 2020.
This data was broken up into locations where the activity took place, ranging from workplaces, to homes, retail stores, grocery stores, parks, and transit stations, they said.
Roughly between 22,000 and 84,000 points of data were analysed for each day in the study period. The idea was to compare where cell phone activity took place as a proxy to show where people, themselves, spent their time.
This data was compared between two time periods: the first in January and February, before COVID-19's outbreak in the US, then mid-February through early May, during the virus' initial surges and when stay-at-home orders were enacted.
The researchers noted an increase in time spent at home, while visits to the workplace dropped significantly, along with a decline in visits to retail locations -- such as stores and restaurants -- and transit stations.
They saw that in counties where there was initially a higher density of cases, visits to workplaces, as well as retail locations and transit stations, fell more sharply than counties less affected by COVID-19.
At the same time, in these counties, there was a more prominent spike in activity at homes, the researchers said.

They saw that the counties where workplace activity fell the most had the lowest rates of new COVID-19 cases in the days that followed.

Lag-times of 5, 10 and 15 days were observed to allow time for COVID-19's incubation period, but the lower infection rates held across the range.

Baker hopes more work can be done to vet cell phone data to see if they can be specifically used to predict COVID-19 hotspots and guide decision-making.

"It will be important to confirm that cell phone data is useful in other stages of the pandemic beyond initial containment," Baker said.

"For example, is monitoring these data helpful during the reopening phases of the pandemic, or during an outbreak?" he said.