Chairman Wontumi vows to buy Pogba with £53M for Kotoko 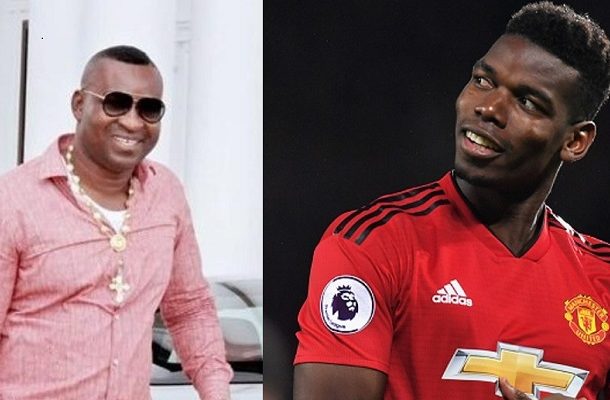 Speaking in a media interview in Kumasi monitored by MyNewsGh.com, the outspoken Chairman explained that as part of his party’s interest to promote sports and the GPL, Paul Pogba would be a huge marketing contribution factor in making Ghana’s league a top-notch and attract global attention and recognition.

He explained that there exist a business aspect of which he will have returns on his investment through the sales of Pogba’s jersey and other branded paraphernalia so it would be an easy cost for him to service any debt related to Pogba’s potential move to Kumasi Asante Kotoko SC.

“I believe in Nana Yaw Amponsah. I think that guy has the vision to help Ghana’s football so I have asked them to go to Manchester United to trigger the release clause of Paul Pogba… You know day in day out his price comes down and now I learnt it’s around £53M. I will pay.

I want to bring him to Kumasi Asante Kotoko SC and tell the world that there’s a club in Ghana bigger than Manchester United.

There’s a business aspect that you haven’t seen but I will make returns through the sale of his jerseys and others so paying his weekly wages would not be a problem at all.

We will bring him to Kotoko. You mark me.” Chairman Wontumi said.

The Frenchman has come under heavy questioning this season and has recently lost his place in the United starting XI despite the team’s struggles on the pitch.

Now, United are ready to move the midfielder on and will accept a vastly reduced fee for the star, according to Spanish publication AS.