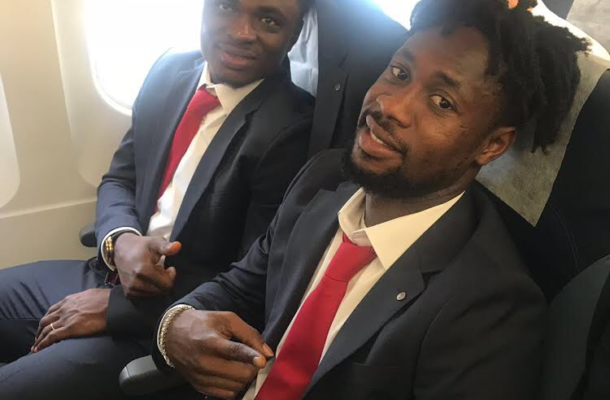 Ghana duo Richmond Boakye Yiadom and Rashid Sumaila have been included in Red Star Belgrade squad to face Liverpool at Anfield on Wednesday evening in the Champions League.

Boakye returns to the side after missing the 6-1 defeat to Ligue 1 giants Paris Saint-Germain in the last fixture due to injury.

He has been one of the key players for Red Star Belgrade since rejoining the Serbian giants on transfer deadline day.

Liverpool will be hoping to bounce back from Champions League defeat in Naples last time out, having suffered a 1-0 loss against Carlo Ancelotti’s side without registering a single shot on target.

The Reds had begun their European journey in fine fashion with their famous 3-2 victory against PSG in the opening match, but an uncharacteristically weak performance at the Stadio San Paolo has since blown Group C wide open.

Napoli sit atop on four points, while Jurgen Klopp’s men sit level with the Parisians on three points apiece, and Red Star Belgrade linger at the foot of the table.