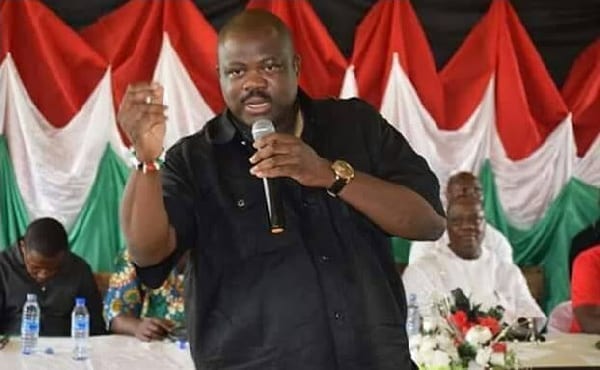 National Organizer for the National Democratic Congress Joshua Akamba has asked cadres of the NDC to channel their energies to ensuring Nana Addo Dankwa Akufo-Addo and his government do well.

According to him, instead of focusing on the NDC, John Dramani Mahama and the leadership of the NDC, it’s will be proper if their energies are channeled into whipping Nana Addo Dankwa Akufo-Addo’s government in line.

“In the history of the republic there is no one president that has tried his own apart from President Mahama. Even in opposition, he has stood on political platforms to challenge that he should be prosecuted if he has done any wrong. If there is anybody we can talk about corruption or family and friends, it should be President Akufo-Addo so that is where we should be diverting our anger to”, he stated.

“We will have to take that fight to the NPP and President Akufo-Addo who has actually several times cleared people who were found culpable of corruption and were actually captured on tape,” he added.

Leading members of the Party held a forum dubbed, ‘Securing NDC’s Future’ on Saturday describing the party in its current state as ‘lame and an injured horse”.

This was done at the same time the retreat of the NDC’s National Executive Committee (NEC) was organized in Ho.