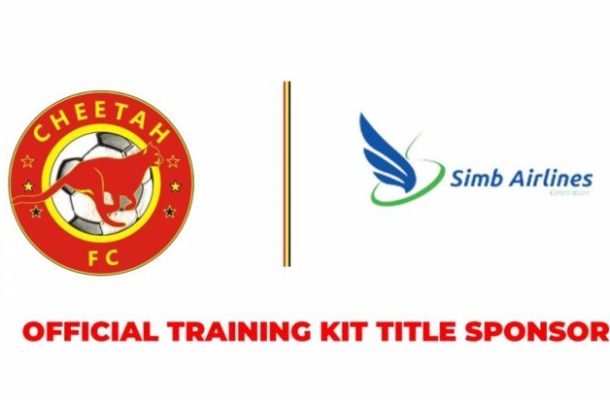 Lower tier side Cheetah FC keep doing wonders with the numerous sponsorship deals they keep raking in despite been very low on the football ladder.

The Division two side have added another sponsorship to their tall list of sponsors with the new addition being Central African Republic Airline company, Simb Airlines Corporation.

Simb Airlines will be the club's official training kits sponsors something which is very rare in our parts of the country.

Even the big boys in the Ghana Premier League do not have official training kit sponsor.

The agreement will see the airline's logo embossed on the club's training kits  for warm up and pre-match sessions during friendly and domestic fixtures.

They have also pocketed an undisclosed amount of money as part of the sponsorship agreement and will also be the official carrier for the clubs on their travels.

The airline company had its maiden flight on 18th April 2021 and intend to launch scheduled flights in mid-Oct 2021.