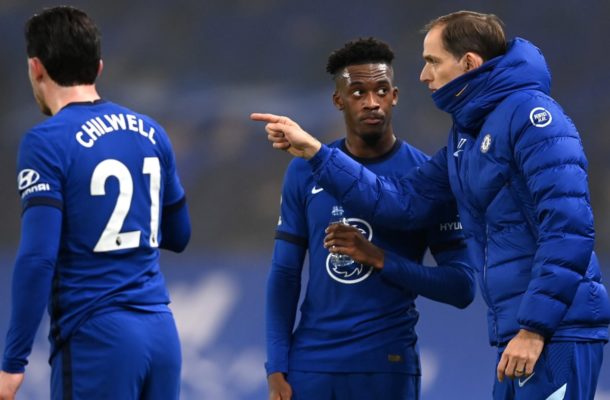 Chelsea manager, Thomas Tuchel has heaped praises on Ghana target Callum Hudson-Odoi for his performance against Malmo on Tuesday in their Champions League clash.

The winger laid the ball on the plate with a sublime cross for Moroccan International Hakim Ziyech to tap home for the only goal of the game.

Speaking at his side's press conference after their 1-0 Champions League win against Malmo on Tuesday afternoon, Tuchel praised the 20 year old wide man for his form.

He said: “Callum (Hudson-Odoi) delivered very quickly and his pass was perfect. It was important we didn’t lost patience today and I was very pleased with the guys.”

This comes after the German credited Hudson-Odoi and Ziyech for Chelsea's win, that sees the Blues keep up their impressive form this season.

"Perhaps we lacked a little bit of precision in the final moments but in the end we were clinical with Hakim and Callum and they delivered when we needed them.” he continued.

With a spate of injuries to Chelsea's forward lines, the English born winger has now been afforded much playing time at his favourite left wing position.

Hudson-Odoi has made good on his chance, being handed the opportunity in a forward role due to injuries to Mason Mount, Timo Werner, Romelu Lukaku and Christian Pulisic.