Cheptegei, Kipyegon & Kipchoge up for World Athlete of the Year 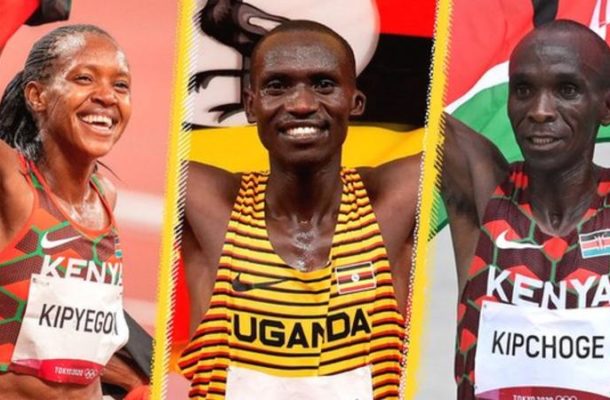 Kenya's Faith Kipyegon has joined compatriot Eliud Kipchoge and Uganda's Joshua Cheptegei in being nominated for the World Athlete of the Year award.

Kipyegon won the Olympic 1500m title in August, becoming only the third woman to retain her title after becoming a mother in-between Games.

The 27-year-old was one of the 10 female nominees named by World Athletics on Friday, joining a host of fellow Olympic champions on the list.

On Thursday, the 10 male nominees were revealed with Cheptegei named after a year in which he became the 5,000m Olympic champion and also won 10,000m silver in Tokyo.

Already a two-time World Athlete of the Year, Kipchoge, 36, won the men's marathon title at the Olympics, so furthering his domination of the event.

Not only does the Kenyan hold the world record but the two-time Olympic gold medallist is also the only man to have run the distance in under two hours, in assisted conditions in 2019.

A voting process involving World Athletics members and an online poll will determine which individuals make the final shortlist for the event.

Voting closes at midnight on Saturday 6 November, following which half the number of candidates will be cut.

The male and female World Athletes of the Year will be announced in December.