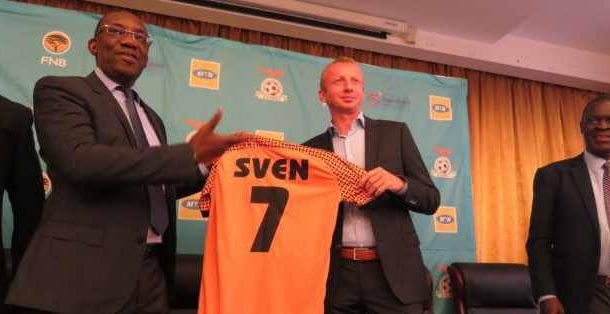 Van Den Broek.was unveiled this morning in Lusaka at a media briefing.

And Van Den Broek.has announced that his doors are open, and he will give all the players chance to prove themselves.

He said he will look at all the players and deserving ones will be given chance to be in the national team.

And FAZ President Andrew Kamanga says Van Den Broek.has been given a short-term contract which is to qualify the team to the 2019 Africa Cup of Nations.

Kamanga reminded the new coach that he was taking charge of a team whose fans are highly expectant of results.

Kamanga said Football House will give him necessary support for him to succeed with the set targets.

The coach later held a meeting with super league coaches.