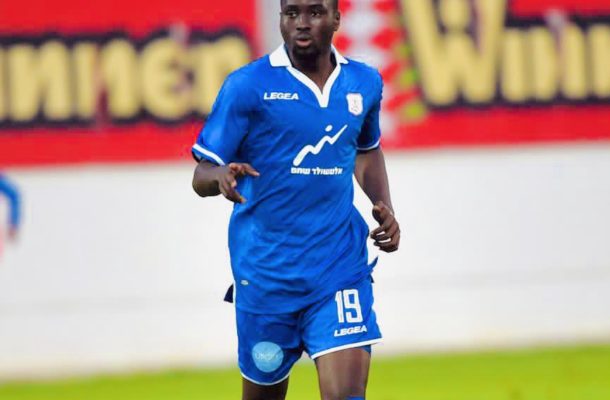 Ghanaian midfielder Cletus Nombil has helped his lower tier side Hapoel Jerusalem gain promotion to the elite division in Israel.

His side beat Nes Tsiona 2 nil on Friday to secure promotion into the elite division.

It was a relatively easy game for Hapoel Jerusalem as goals from Idan Shemesh in the 30th minute and Goni Naor in the 50th minute all but secure promotion with three matches to spare.

The Ghanaian was introduced in the second half as his side were cruising with the 2-0 win and he excelled.

The 20 year old midfielder is on loan from Ghana Premier League side Dreams FC having joined them last year.

Since joining his lower tier side, the young midfielder has been an integral part of Hapoel Jerusalem team who have now secured promotion to the Israeli big time.

He has made 29 appearances for his side as they sit second on the league log and three points adrift the league leader with seven points more than the third place side.