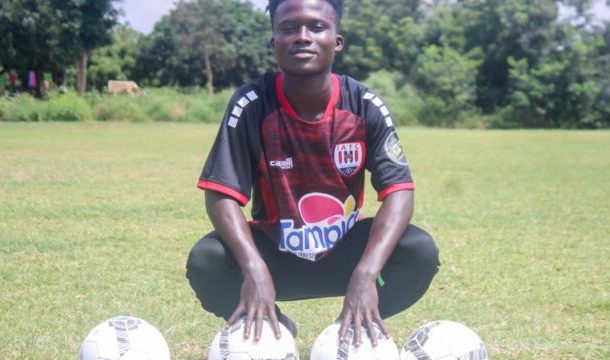 Division One side Inter Allies have announced the signing of teenage attacker Clinton Adu ahead of the 2021/2022 Division One League season.

Adu has signed a long term deal with the club after reaching an agreement with the eleven is to one side.

He joins the Eleven Is To One side from Ashanti Region lower tier side Black Eagles.

"We have completed the signing of highly-rated teenager Clinton Adu.

The attacker joins our club from United Black Eagles." the club announced on their official website.

Adu had a very successful season in the Ashanti Region Division Two League where he stood out in most games.

Having put pen to paper with the club, he said: “It’s a big moment for me, this club is the right place to grow as young player.”

“The team has the right tools to make me a better player so I’m excited to be here and ready to start.”