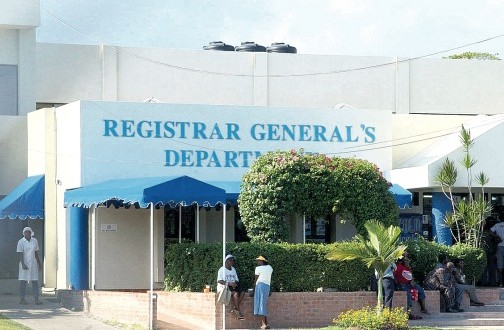 The Registrar General’s Department has been forced to put on hold, sanctions of defaulting businesses due to the ongoing strike by the Civil and Local Government Service Association of Ghana (CLOGSAG).

 
File annual report in e-Register or face penalty-Registrar-General's Dept warns
 
Registrar General's Dept to sanction 'wrongful' share transfers
This was revealed by the Public Relations Officer of the Registrar General’s Department, Constance Adoma Takyi.
“Originally, we were to start Monday, August 1st until the issue of the CLOGSAG strike came up. We have had businesses coming in to file their annual returns. But we are facing challenges completing the processes due to the strike. I think that if somebody comes to pay and the person has not been given access to pay, then it is not the persons fault,” she explained.
CLOGSAG’s strike which has been in the second week now, follows government’s inability to meet their demands of paying them their interim premium allowances.
But the exercise by the Registrar General’s Department initially scheduled to commence on the 1st of August 2016, was to get companies file their annual returns as required by law.
According to the Public Relations Officer of the Registrar General’s Department, businesses who failed to comply earlier would be liable to a daily penalty of 300 Ghana cedis in addition to the required annual returns between 1st August and 31st December, 2016.
Failure to comply with this directive by the end of the year will ultimately result in completely taking the names of such businesses out of the RGD’s data base completely.
“Originally, we decided that we will apply the penalty because we have given the business operators enough time to file their annual returns. We started issuing these releases since last year and till date quite a number of companies have adhered to it. They have filed their annual returns, they have even updated their records and others but then a lot more companies still remain on the data base and have not filed their annual returns,” Constance Takyi further intimated.
Meanwhile the department says the exercise has been put on hold until further notice.