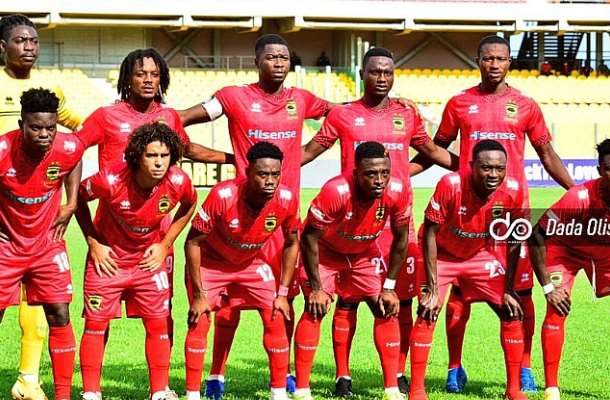 Asante Kotoko head coach Prosper Nartey Ogum has named his starting eleven for their home clash against Bechem United this afternoon at the Baba Yara Stadium.

It will be first time since the 2019/2020 season that Kotoko will be playing at their home grounds as the facility was closed down for rehabilitation in February 2020.

Not much change has been seen in the Kotoko starting eleven that played against Dreams FC and won 3-1 last Saturday at the Accra Sports Stadium.

With all the usual suspects in the line up with captain Abdul Ganiyu at the back ,while Fabio Gama is in the middle as usual while Joseph Amoako and Amankona are up to.

For Bechem United two former Kotoko players feature with Latif Anabilla and Augustine Okrah all starting for the hunters against their former team.

FULL LINE UP BELOW: 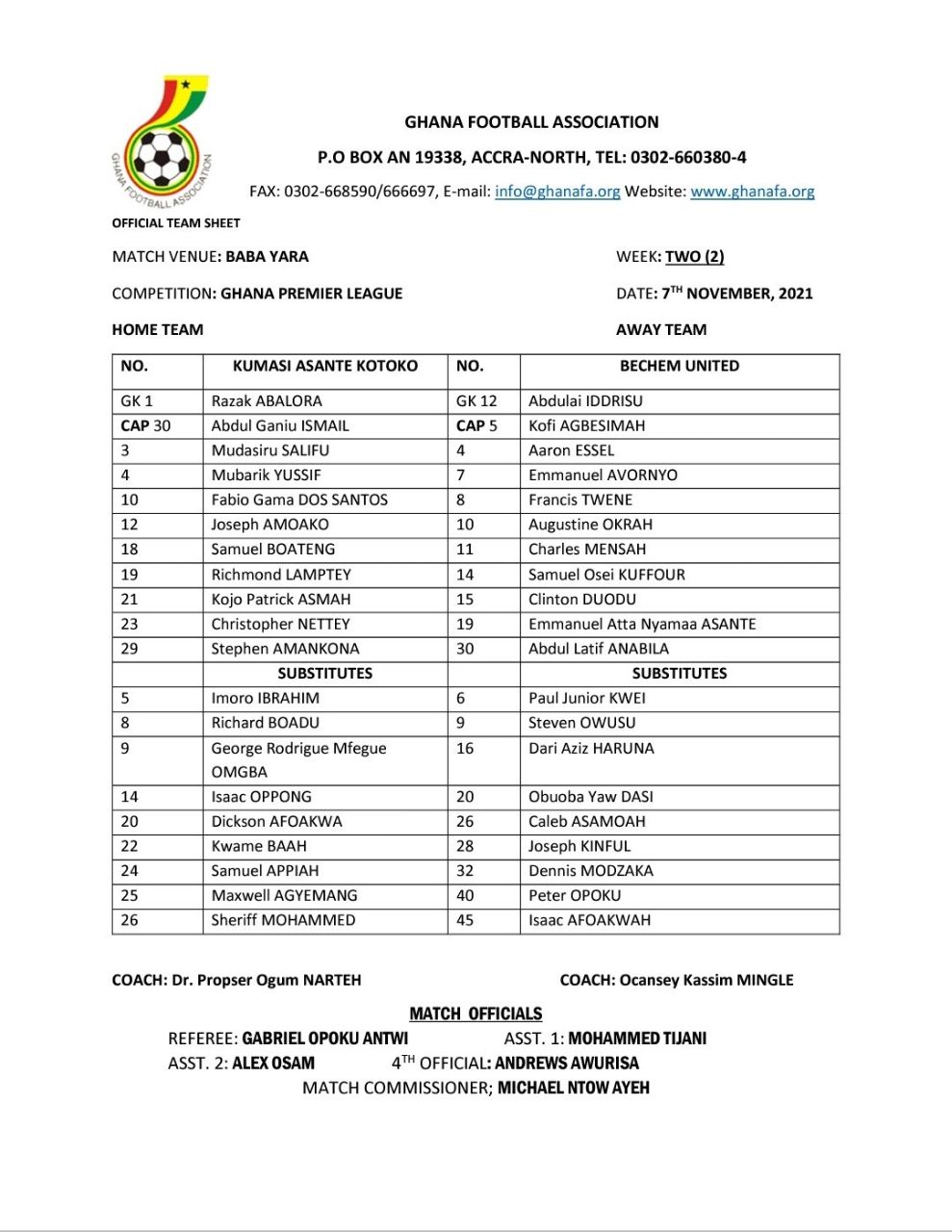