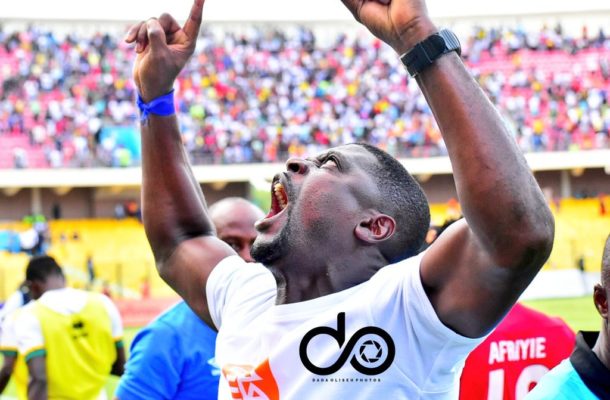 Under pressure Hearts of Oak coach Samuel Boadu says that he does not fear the sack following recent poor results at the club.

Hearts of Oak are yet to win a match this season in the Ghana Premier League after four matches with three draws and a defeat against AshGold on Sunday.

Goals from Yaw Anor and Abdul Salam gave the miners all three points in a game which Hearts of Oak could have won had they taken their chances in the first half.

Speaking after the 2-0 defeat to AshGold on Sunday, the former Medeama coach says that if the Hearts board and management feels that there is a better coach than him he is ready to leave.

“Psychologically, we need to sit them down for rectification and then we move on.” He concluded.

"Coaches are hired to be fired and if the Board and Management feels there is someone who can change things around am ready to leave."


The phobians won the league and MTN FA Cup title comfortably last season but have struggled to replicate that same form and hunger this season.

Hearts have drawn all three games losing one thus far against Legon Cities, Aduana Stars and WAFA and losing to AshGold SC with pressure seemingly mounting on head coach Samuel Boadu from a cross section of  Hearts fans.

In the four week old league, Hearts are yet to win a match and have struggled at times in matches and trail fierce rivals Kotoko by nine points already.