Company apologises for carrying cement with an ambulance 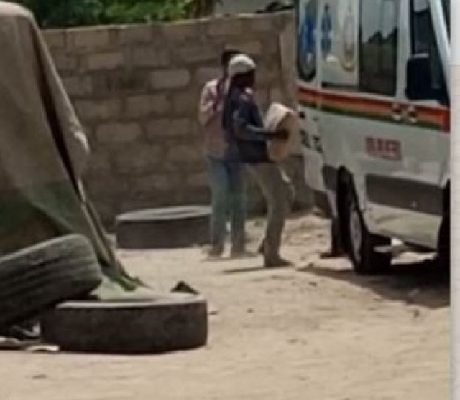 Service Ghana Autogroup Limited, the company fingered in the incident involving the inappropriate use of an ambulance yet to be delivered to the National Ambulance Service (NAS) has apologised for the mishap.

The company in a statement signed by its Managing Director, Dr Christian Siaw-Missah said it takes full responsibility for the action.

A video in which an ambulance was being used to transport bags of cement surfaced on social media during the week resulting in a backlash.

The NAS in response indicated that the ambulance with registration number GV 537-20 was yet to be released by the company to the service.

The company explained that the ambulance developed a fault on Tuesday, January 28, 2020, which was the day of the commissioning of some 307 ambulances.

Dr Siaw-Missah said the ambulance had been in their custody since that time, adding that repairs were only completed on March 26, 2021.

“It was on the day of a test drive that the driver committed the dastardly act,” the statement added.

The statement, among other things, noted the police had been involved in the matter with investigations ongoing.

They have further rendered an unqualified apology to the National Ambulance Service and its staff.