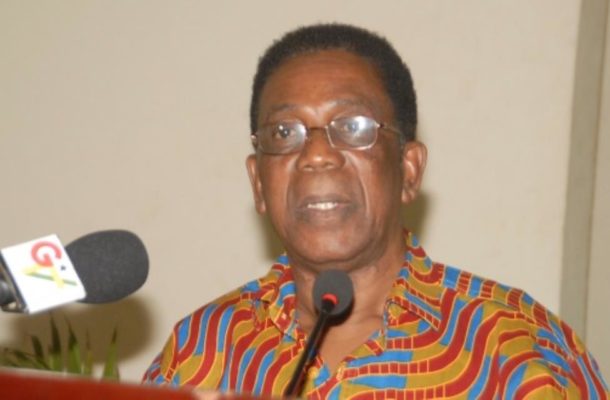 Minister of State in charge of Tertiary Education, Professor Kwesi Yankah, has called on tertiary institutions in the country to consider students with grades D7 and E8.

According to Prof. Yankah, grades D7 and E8 do not imply that the student is a failure hence a need for a national discussion on the accepted cutoff grades for enrollments into tertiary institutions in Ghana.

The Minister who was speaking in an interview CitiFM's Citi Breakfast Show on Monday stated that: “We have for several years now been deluding ourselves into thinking that below A1 to C6 – that is those who get D7 and E8—are not qualified to enter into the university. I think we should begin revising our ideas. In countries like Britain, USA, it is individual universities that determine the cutoff point not the government.”


“I think we should table the whole idea about who qualifies to enter into the university. There is a huge number of boys selling dog chains and iced water on the streets who could be in the university. But we have imposed on ourselves that they have failed. I’m not talking about those who get F9, call them failure if you want to, but D7 and E8, these are not fail grades. We should bring the topic back as a national debate,”

When asked whether he was making such a call because some private universities struggle to admit qualified students Prof. Yankah said “absolutely no.”

dorcas 2 years ago
This issue hmm!!! the universities is refusing to pick d7. the private ones too
Michelle addae 7 months ago
Please can u do something about that for we the student to avoid criminal duties in the country, about the D7 and E8 in call subject and elective.