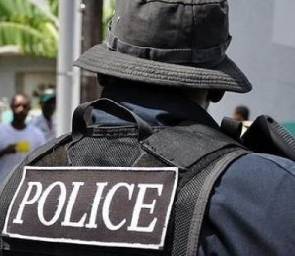 He was alleged to have abused his office by signing documents which saw a Kumasi High Court grant a release to Kumasi most wanted cocaine dealer.

The alleged narcotic drug dealer Kofi Asamoah was arrested last year at Atonsu , a suburb of Kumasi with 82 grams of cocaine at his hideout.

The suspect was granted a bail in the sum of GH¢100,000.00 by the Kumasi High Court presided over by Edward K.B Apenkwah with two sureties one of which was to be justified.

The suspect’s lawyer was also asked by the court to deposit titled document on his property with the registrar of the as part of the justification after their authenticity has been established by the police investigator and the registrar.

Meanwhile, the police drug law enforcement unit disclosed that their command was unaware of the bail conditions to the release of the suspect.

Ashanti regional police prosecutor Emmanuel Ackonor who confirmed the interdiction to Ultimate FM’s Isaac Justice Bediako, said they suspect money exchanged hands leading to the unprofessional conduct by the junior police officer to sign unauthenticated documents to endorse the releases of the suspect within a short time.