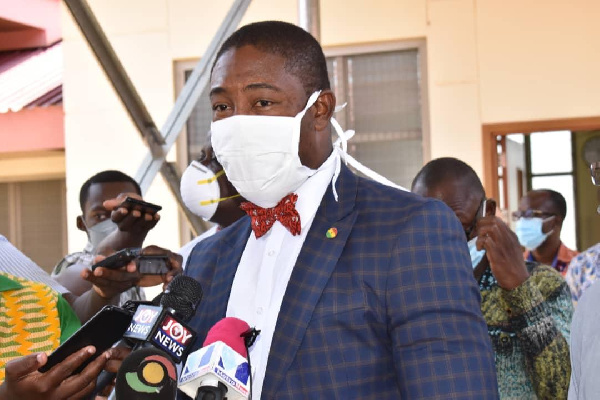 Ninety-seven individuals who are asymptomatic to the deadly COVID-19 virus have been discovered at the Kotoka Internation Airport, Deputy Health Minister Dr Bernard Okoe-Boye has revealed.

He disclosed that these persons presented negative PCR test results at the airport upon arrival without showing any Covid symptoms.

This according to him was a result of government’s policy of ensuring travelers test negative twice before they are allowed into the country.

The lawmaker was speaking to Starr News Ibrahim Alhassan on airport testing, touching on the pricing as well as the controversial issue of the service provider conducting the tests.

He said, “when you look at the cost both timewise and money-wise, it was clear that the previous arrangement was more expensive and time was of the essence.”

He also indicated that “the employer, the one who signed the contract with the service provider is the Ghana Airport Company Limited, just that Ministry of Health through port health at the airport worked closely because they, by law, handle our borders. So, it’s like a private-public partnership to make sure that the data is captured on our system.”

On asymptomatic cases, Dr Okoe-Boye mentioned “as we speak, ninety-seven individuals who were all asymptomatic meaning they had no fever, they had no cough, they are like you and I, have been picked by the system as being positive. They also had negative PCR results. If you are familiar with laboratory science, laboratory science will tell you that between 0.1 to 0.3 percent of all tests that are done could be false negative or false positive. What it means is that .1 to .2 of results can be false, meaning it's not what it tells you. That is allowed in science because it’s human beings who take the sample to go and do the procedure.”

“And so when you look at Ghana’s figure, the last time I checked, the 97 people who are positive constitute 0.3 percent of all the 27,000 or so tests we’ve done for the travelers.”

He added, “what it means is that the 0.1 to 3 that are missed at the jurisdictions are picked here in Ghana and so all those people who have complained that why the double testing regime of a negative and a negative, it is so because the president wants a very strict mechanism that will not upset our current covid situation.”