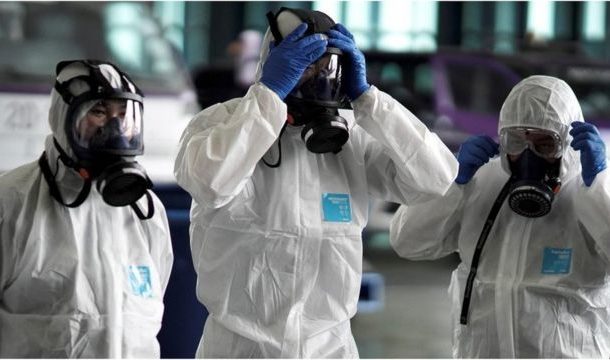 The Ghana Registered Nurses and Midwives Association (GRNMA) has disclosed that five nurses and midwives have died since the outbreak of Coronavirus in Ghana last year.

According to the Association, over 800 nurses have also been hit with the virus some of whom have recovered and returned to work.

Speaking to Francis Abban on the Morning Starr Monday, the General Secretary of the GRNMA David Tenkorang-Twum said a lot more effort is needed by the government to ensure the safety of health professionals.

“I can confirm that we have lost 2 midwives and 3 nurses. As of August last year, 840 of our people got infected but they have recovered and returned to work. It’s becoming overwhelming because before we used to detect the virus early but with the new variant, people are reporting very sick and you can’t send them home,” he said.

He also called on the government to restore the incentives offered to health workers during the peak of infections last year.

“When it comes to motivation, we’re asking gov’t to bring back the tax waiver that was given to health workers. I think it was motivating enough”.

Meanwhile, President Nana Addo Dankwa Akufo-Addo has reintroduced the ban on parties, weddings, and funerals in a bid to slow the rapid spread of the deadly Covid-19 in the country.

Addressing the nation on Sunday, the President said the reintroduction of the restrictions is important due to the number of active cases.

According to the President, private burials must not be more than 25 people with social distancing and covid-19 preventive measures strictly in place.

So far, 416 people have died from the deadly disease according to the President with the currently active cases shooting up to 5, 358.

Currently, Ghana has 170 and 44 persons in severe and critical conditions respectively.

The President also urges churches and mosques to strictly implement covid-19 protocols adding that government will take delivery of the first covid-19 vaccines by March 2020.