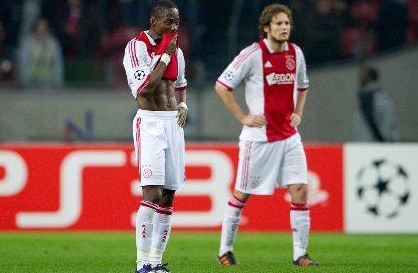 The Dutch Eredivisie season has been ended with immediate effect, meaning league leaders Ajax have been denied the title.

There will also be no promotion to the Dutch Eredivisie or relegation from the top flight, following an agreement reached over a video conference call between the Dutch FA (KNVB) and clubs.

Ajax were top of the Eredivisie table, ahead of AZ Alkmaar on goal difference, with nine rounds of matches to play when the season was suspended.

Third-placed Feyenoord go straight into the group stage of the Europa League with PSV and Willem II qualifying for the second qualifying round for the competition.

The settlement of places for European competition next season is subject to confirmation from UEFA.