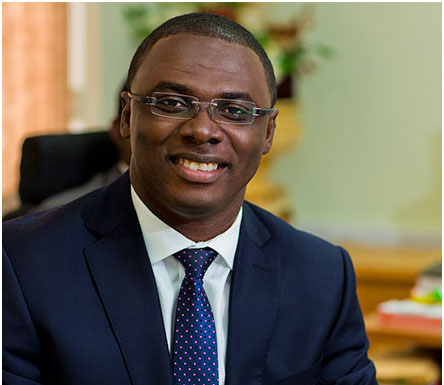 COCOA PROCESSING Company (CPC) expanded production at its confectionery section from four per cent to 15 per cent of company’s total annual production.

CPC, which was in dire distress, is now yielding expected results courtesy to the pursuit of strategic policy interventions.

This came to light when Dr Owusu Afriyie Akoto, Minister of Food and Agriculture, inaugurated a nine-member Governing Board for the company (CPC), to help transform the company into a viable and profitable enterprise.

According to Dr Afriyie, there were already signs that the company had begun turning its fortunes from a heavily loss-making entity to a vibrant one adding “The essence of CPC is to be part of government’s transformation agenda in the shortest possible time for the benefit of the people especially value chain actors, by helping improve livelihoods.”

The Minister was hopeful that the management of the company led by Joe Forson and supported by the new board, would help the organisation to realise its goals.

Kwaku Owusu Baah, Chairman of the Governing Board, pledged to work diligently to ensure the sustenance of the cocoa sector.
He gave assurance that the new board would support CPC’s growth to achieve its mandate.

He also noted that CPC would soon construct biomass to reduce its energy and fuel bill from $6 million to about a US$1.5 million or 75 per cent per annum.

According to him, the overall improved performance of CPC had courted the interest of some two renowned international financial institutions who were working to fund and re-tool the machinery and equipment as well as provide working capital to ensure uninterrupted beans supplies for operations.
He stated that the company was developing new markets, both locally and internationally adding that preliminary discussions with representatives of important some organisations from Rwanda, Angola, Kenya, the United States of America, among others, had been encouraging.