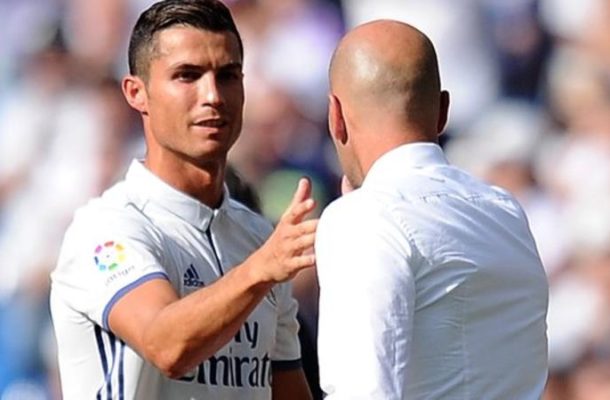 Cristiano Ronaldo must accept that sometimes he will be substituted, Real Madrid manager Zinedine Zidane says.
Ronaldo looked unhappy after being taken off 18 minutes from the end of Real's 2-2 La Liga draw at Las Palmas on Saturday.

"But I also have to think about the players and for me it was best to rest and think about Tuesday."

On Tuesday, Champions League holders Real Madrid are away to Borussia Dortmund, who also won their opening Group F match in this season's competition.

Ronaldo missed a couple of chances against Las Palmas as the La Liga leaders dropped points for the second successive game after conceding an 84th-minute equaliser.

The 31-year-old has scored twice in four appearances for Real this season, having missed their opening two La Liga games as he recovered from a knee injury sustained during Portugal's Euro 2016 final win over France.

Ronaldo, the three-time world player of the year, has rarely been replaced during games in his seven years at Real.

But Zidane, who took over as coach in January 2016, warned it may happen again.

He added: "I have to take him off sometimes and tonight we did it. That isn't going to change what we are going to continue to do."