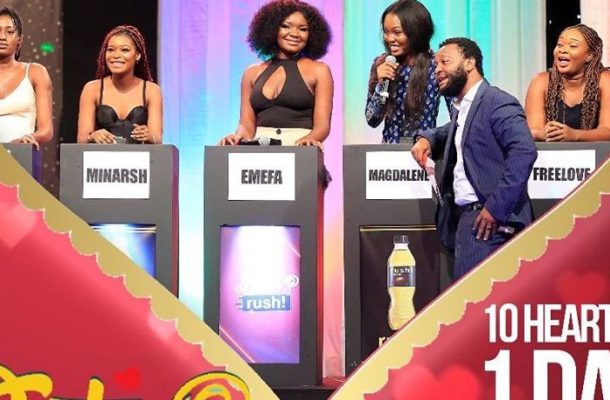 Popular relationship show Date Rush has returned on your screens with another season as most viewers were glued to their TV sets for the interesting and entertaining programme.

But conspicuously missing from the programme is the regular host, Henry Nii Kpakpo Thompson.

The hilarious, affable host has been replaced by the producers with Giovani Caleb been boxed into the show.

Most viewers of the show who are used to the comical Nii Kpakp were asking of his whereabout as they felt unlike the former host who does his things effortless and natural, Giovanni was forcing to fit in.

The comical character responded via his Twitter handle that he has been cut loose by the producers of the show and promised his fans they will see him on another platform.

"I have received loads of questions from every corner about me not being on #daterush. Unfortunately, this season, the producers decided to go with another host. I’ll see you guys on another platform. I love you all."