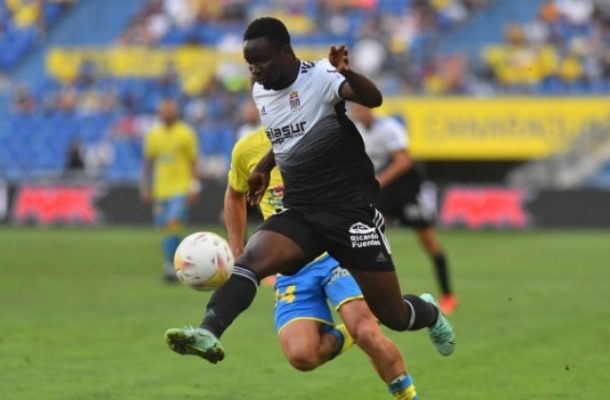 Ghanaian striker Dauda Mohamed scored his first ever goal for his lower tier Spanish side FC Cartagena in the Segunda División side FC.

Despite his efforts it was not enough as they ended up losing by 4-1 defeat against UD Las Palmas at the Gran Canaria stadium in the second tier.

The Ghanaian striker came off the bench to score the only goal for his side but the harm was already done before he was introduced into the game.

Compatriot Richard Boateng saw red in the second half of the game as they lost miserable in the game.

The former Kotoko ace is on loan at Cartagena from Belgium giants Anderlecht where he is contracted until 2023 but has been on several loan spells since joining the club in 2017.