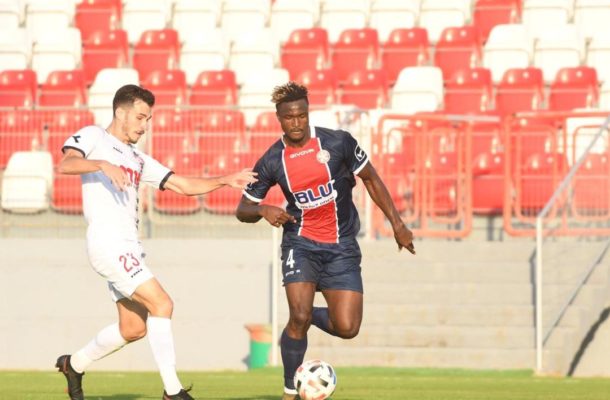 This follows his side's 3-3 draw against Beitar Tel Aviv in the lower tier league on Friday Afternoon.

The 20 year old defender in currently on loan from Maccabi Haifa where he joined in 2019 but was farmed out on loan to Hapeol Nof Hagalil in the lower tier to gain the needed experience.

He has been an integral part of his side having played 29 matches for his lower tier side and scoring three goals in the process.

His loan club Hapoel Nof Hagalil are believed to be ready to acquire the player on a permanent basis and have made an offer to his parent club.

He was handed a call up to the Black Satellite squad that eventually won the African Youth Championship in Mauritania but failed to join the team due to COVID-19 restrictions.