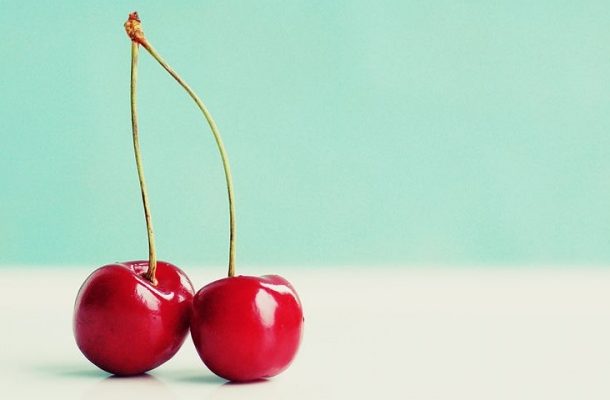 Even if you're fortunate enough to never get kicked in the balls, there are other reasons you might feel some soreness down there.“Testicular pain is so common that it’s likely every guy, at some point in his life, will have experience with it,” says Jamin Brahmbhatt, M.D., co-director at The PUR Clinic, which specialises in urology and men’s health.When you feel pain in your testicles, you might immediately think testicular cancer. But in fact, most cases of testicular cancer are painless — and are usually detected through a lump instead, Dr. Brahmbhatt says. And if you’re fearing STIs, you’re more likely to have burning during urination, although some degree of painful testes might be present.So, then, what is causing your painful balls? Here are some reasons your junk could be in a funk — and when you should get that pain checked out.Cause of Sore Testicles: Testicular TorsionThis particular ailment happens when your balls get twisted."Testicular torsion is caused when the spermatic cord that attaches the testicle to the body becomes twisted and cuts off the flow of blood to the testicle," Michael P. Zahalsky, MD, who specialises in Urology and is the founder of Z Urology in Coral Springs, Florida, previously told MensHealth.com. He compared it to picking an apple: "To pick the apple, you need to twist the stem until the apple comes off. That can happen with testicular torsion — it's twisted until the testicle dies."Testicular torsion can happen in a number of ways, including when you're working out, having sex, or even sleeping. Besides pain and swelling, symptoms include abdominal pain, nausea, vomiting, and a testicle in an unusual position.Whatever the case, you should visit the doctor immediately if you suspect it's happening to you. In some cases, doctors can manually un-twist the testicles; in other cases, you may need surgery.Cause of Sore Testicles: Kidney stones, Constipation, Hernia, or Stomach IssuesThe nerves that lead to your balls come from many places in your abdomen, including the stomach, kidneys, and digestive tract. If you’re constipated and can’t poop, pressure from the unrelieved waste could be pressing on those nerves.The same goes if you have a kidney stone working through your system, or if you have an upset stomach. If you have a hernia or have had hernia surgery, the nerves there could be inflamed, causing a reaction further south.This all falls under the designation of “referred pain,” which means it isn’t about your balls at all, but that’s where the pain is ending up.Cause of Sore Testicles: VasectomyExperiencing scrotal pain after a vasectomy — a surgical birth control procedure in which the duct that carries your sperm from your testicles to your urethra is sealed off — is super rare, but it can occur. In fact, according to the American Urological Association’s guidelines, chronic scrotal pain occurs in just 1 to 2 percent of men who get the procedure.Experts aren’t sure what causes it, but it may have to do with damage to the nerve structures down there.“I don’t want to scare anyone away from having a vasectomy,” says Dr. Brahmbhatt. “But just be aware that it can happen. But it can also be corrected if it does.” That could mean another surgical procedure.Cause of Sore Testicles: HydroceleWhen you look at the anatomy of the testes, it’s basically just balls dangling on a couple of cords. Making up those cords are blood vessels, nerves, and tissue that allow for the dangle.Everyone has some degree of fluid around the testicle and these cords, Dr. Brahmbhatt notes, but sometimes, that fluid balance gets out of whack. When there's too much fluid in the ball sac, you can end up with a hydrocele. The hydrocele itself typically isn't painful, but guys may feel pain from having a heavy, swollen scrotum.Go see a doctor whenever you notice swelling in your balls. If it turns out to be a hydrocele, it might go away on its own within six months. In some cases, it could require surgery.Cause of Sore Testicles: VaricoceleA varicocele is the enlargement of veins in your scrotum — think of varicocele as spider veins for your balls. It’s not likely to cause pain as much as discomfort. There’s a feeling of fullness and a certain look to it, similar to a bag of worms, Dr. Brahmbhatt says.The symptoms depend on which stage varicocele you have. Grade 3 varicoceles are largest and most noticeable, and will feel thick and lumpy. Grade 2 are less severe, though they still may feel a little ropey. Sometimes, you won’t even notice if you have a Grade 1 varicocele.If you have a more severe varicocele, buildup of pressure in the veins can cause nagging scrotal discomfort.For severe cases, you may need surgery, where your doctor will divert blood flow away from the damaged vein into functioning ones.When to See a Doctor About Sore TesticlesPair of red cherriesFor all of these issues, the answer to, “When should I see a doctor?” has to do with time and severity. Pain that fades quickly — for example, if your balls get twisted but quickly straighten out — isn’t much cause for concern, Dr. Brahmbhatt notes. But if you’re experiencing a high degree of pain instead of a dull ache, and it lasts for more than 15 minutes, he recommends a trip to the ER.“If you wait too long, you could potentially lose the testicle,” he says. That would negatively affect your fertility. Also, the pain could be a huge warning sign of problems elsewhere in the body, such as kidney stones, bladder issues, or appendicitis, Dr. Brahmbhatt notes.Even if you have an ache instead of shooting pain, or you’re noticing fluid collection, get it checked out.Dr. Brahmbhatt also suggests doing a self-check monthly to detect any changes in your testes health. Basically, get to know your balls.Source: Men’Health